Make time for creative thinking in your business 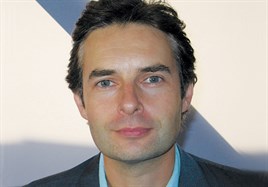 Bannerman uses his study of psychology to help businesses become more creative. He has worked with Aston Martin, British Airways, Orange, Rolls-Royce and the National Space Centre on a mission to Mars. He lectures on business creativity and innovation on the MBA programmes at Warwick Business School, Grenoble Ecole de Management and Oxford Brookes University, where he is currently undertaking a PhD on the impact of lateral thinking. He is also a trained clinical psychotherapist.

Bannerman is the first to admit that some businesses view creativity as ‘fluffy nonsense’. However, there is a reason why companies such as 3M, Apple and Google place so much emphasis on making their workplaces comfortable, with up to 20% of employees’ time dedicated to creative thinking.

Why should companies take the time to be creative?

“Constant innovation is the only survival strategy and the old world you’re working in now might not be the new one,” said Bannerman. But he believes complacency, conceit and conservatism can all “torpedo” creativity in business.

Bannerman invited senior executives at the AM Executive Breakfast Club to take part in some simple exercises to get them thinking creatively (see panel, left).

The nine-dot exercise is possible, but may also frustrate. According to Bannerman, frustration can be a good thing.

“Frustration forces you to approach a problem from a different angle,” he said. “This exercise usually prompts a few groans, but it’s the basis for the phrase ‘thinking outside of the box’. Beyond that cliché, this problem actually gets to the heart of creative thinking, which is observation; it’s looking at the same thing as everyone else and seeing something different.”

Bannerman gave the example of WH Smith, which expanded its businesses dramatically by spotting a gap in the market to sell books to rail commuters in 1848.

Referring to question two, Bannerman said it was common for people to go for the obvious answer. The point is that there can often be multiple correct answers to a problem.

“The secret in business is to go for the second or third right answer to keep your competition guessing and not just go for the obvious,” he said.

Question three reveals how many people screen out information they think is irrelevant.

Sometimes the answer can be right in front of you. Question four illustrates a scotoma or mental blind spot.

Bannerman said: “There’s a difference in being childish and being childlike. Many children get the Ohio question right because it’s playful. If you look at some of the most innovative companies like Virgin or Easyjet, they’re run by big kids who have never grown up.”

Where do people have their best ideas?

Executives were asked to shout out where they came up with their best ideas. Many said in the car or in the shower. No one said while they were at work.

Bannerman said: “People tend to leave their creativity at home when they’re at work. They’re too busy getting on with the day-to-day. It creates a mismatch with companies that need innovation to survive.”

He described the neuroscience behind thinking, which shows how different brainwaves affect creativity.

Companies wanting their staff to think creatively need to let them relax so they can concentrate on coming up with ideas without the pressure of their day-to-day responsibilities.

One dealer at the meeting said most businesses would not have this luxury, but Bannerman said it wasn’t necessary to start at 15 or 20% of a working week, but with small periods of an hour or two if possible each month.

Will more of the automotive retail process become digital and will manufacturers sell direct to customers in the future? 50% of Audi City sales are without a test drive and the purchase price is £800 higher on average.

JB: “I think there’s the risk of disintermediation (cutting out the middle man) in the buying process, but people love spending time with the cars and I don’t think that will change.

“You could introduce more digital and augmented reality elements to your showroom. Test it first in one location and view the results. You might not need to do it now, but it’s something you should think about or plan for.

“EMI laughed off that digital music sales would take it down, and look at Nokia, which went from a global juggernaut to being taken out of the market by Microsoft with its acquisition. Companies like Shell saw potential for conflict in Gulf and went from being the sixth largest oil company to the second because they planned.”

What is your opinion of the car buying process?

JB: “I recently bought a Volvo and it was a decision purely based on recommendation from a friend. There actually wasn’t a huge amount of thought in the process beyond the recommendation, the car being what we needed and it being a no-hassle process.

“I recently got my car serviced and in that situation I was persuaded to replace my tyres after seeing a demonstration video of what wear on the tread can do to stopping distances.”