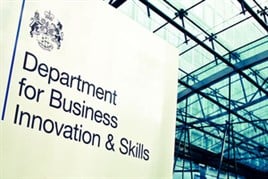 The launch of a campaign - Get In, Go Far - by the Department of Business Innovation and Skills to encourage young people to get an apprenticeship  has been welcomed by the Institute of the Motor Industry (IMI).

“It is fantastic to see the government continuing to get behind apprenticeships as a viable career route for young people”, said Steve Nash, IMI chief executive.

“We have just launched our own campaign to raise awareness of the fantastic opportunities for young people in the automotive sector as our own research reveals that 19% of parents would encourage their child to study a vocational programme.”

The IMI has estimated the potential earnings of today’s 16-year-olds going to university compared with those who go through apprenticeships.

Calculations predict that those who pick vocational training in the motor trade will have earned on average £60,000-£100,000 more than the academic students by the time they are 25.

These figures do not include the estimated £55,000 debt that university students will graduate with.

“And for a young apprentice in the motor industry there is the added advantage of earning while they learn.

"They can work towards one of 150 different job roles, in a well-paid, high tech industry without the worry of shackling themselves with student debt. As an example, qualified technicians can earn more than the UK average wage, £25,000 to £35,000 in most cases. It is a fantastic option for anyone completing their GCSEs who doesn’t feel that staying on in the classroom is right for them.”

The Institute of the Motor Industry (IMI) has launched a week long social media campaign to steer young people towards a career in the automotive sector.

The campaign takes place under the banner #MotorCareers on social media sites and has the backing of over 30 companies and organisations. The IMI is also pushing the campaign out through its 587 centres.

“We still need to convince parents that our sector is a good place for their children to build a career”, said Nash.

“But with almost 94% of adults** recognising the earning potential of the motor trade and the outstanding growth of car sales in the last year creating a wealth of new job opportunities, we believe that we can attract a whole new generation into the sector.”

Vince Cable, secretary of state for business, said: “For too long there has been a divide between university and vocational education which has been damaging for both employers and young people. Placing university degrees and apprenticeships on an equal footing will help to break down barriers and better meet the needs of business.

“The reforms to apprenticeships enable employers to design and deliver apprenticeships that meet their needs, giving young people valuable qualifications and helping them to build successful careers from television production to advanced manufacturing.”

Apprenticeships are already proving to be a successful and viable option as opposed to going to university.

Since 2010, there have been over 1.8 million apprentices in England and this number continues to grow.

Research has also shown that 86% of those who did an apprenticeship stayed in work afterwards, 67% with the same employer.

A survey with employers also found that 96% of businesses which have taken on an apprentice believe their company has benefitted.