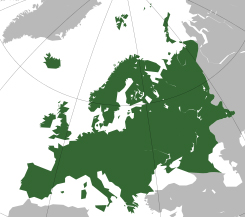 European new car sales for January were 6.4% higher than the same month in 2014, according to the latest new car sales analysis from automotive intelligence provider JATO Dynamics.

All of the five biggest markets in Europe (France, Germany, Italy, Spain and the United Kingdom) were among the 19 markets that recorded growth compared to January 2014.

Ireland recorded the highest growth of the countries analysed at 30.8%, while Spain not far behind at 28.1%. The total new car sales across the region in January 2015 exceeded 1 million units. 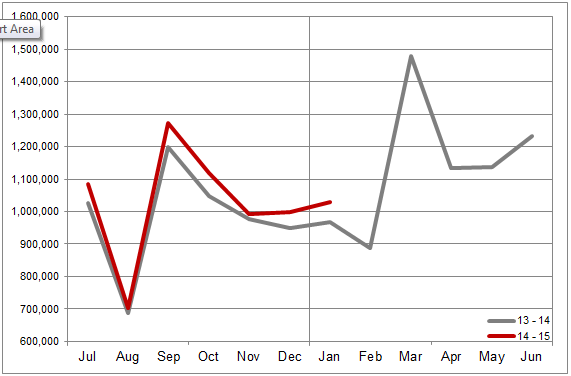 Volkswagen remains the market-leading brand by volume of sales, followed by Ford, Renault, Peugeot and Opel/Vauxhall. All of the top 10 brands recorded greater sales than in January 2014, with Renault, Opel/Vauxhall and Mercedes all recording double-digit growth, thanks to increased sales of the Captur, Clio, Corsa, Mokka, and C-Class models.

Beyond the top 10, Nissan’s new Qashqai, Pulsar and X-Trail models drove the brand to a 34.1% increase in volume, while Mitsubishi’s Space Star/Mirage and Outlander helped the brand to double its sales compared to January 2014.

Smart’s new Forfour model led to a 36.1% increase in the brand’s sales, and the volume of Jeep’s sales increased by 169% helped by the success of the new Renegade and Cherokee models.

The Volkswagen Golf maintained its lead in the market with a 5.4% increase in January sales, followed by the Polo in second place with 3.3% more units sold following last year’s facelift. The Renault Clio (up by 5.4%) took third place, ahead of the Ford Fiesta, while the new Opel/Vauxhall Corsa recorded a 49.3% increase in sales to take fifth place and the second generation Nissan Qashqai claimed sixth place with sales up by 42.0%.

The new Volkswagen Passat sold 27.3% more units than its predecessor did in January 2015, while the Renault Captur recorded a 25.5% increase, with these two models just missing out of the top 10.

Sales of the new Mercedes-Benz C-Class increased by 71.0% compared to January 2014, while the new Peugeot 208 grew sales by 43.3%. The new generation MINI, with the addition of a 5-door hatchback version, recorded a 78.0% increase in sales, and the Volkswagen Golf Sportsvan sold 170% more units in January 2015 than its predecessor, the Golf Plus, did a year earlier.

Brian Walters, vice president of data at JATO Dynamics, said: “The European new car market has had a strong start in 2015, continuing the trend from last year. This gives the industry confidence that there will be demand for planned new models such as those being unveiled at the Geneva Motor Show next month.“ 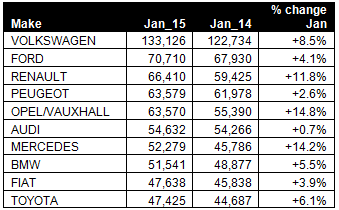 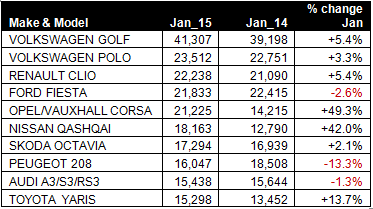