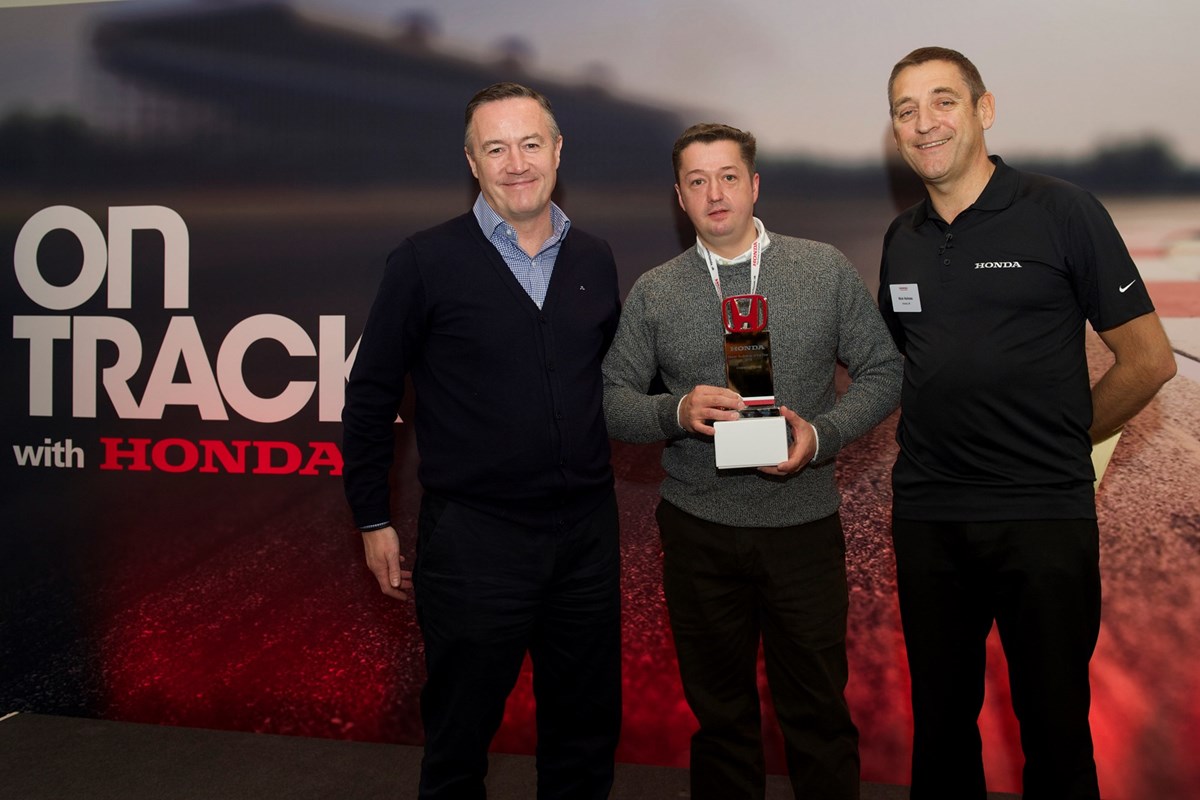 Honda has highlighted its best repairers from its UK network in its first ever Bodyshop of the Year awards.

Chiswick Honda was named the Sikken Bodyshop of the Year, while Bodytek Taunton scooped the PPG Bodyshop of the Year prize. Joining them in the group of winners were Balgores Motor Group (East Anglia), taking home the Audatex Investment in Technology and Training award.

Crown Honda Hendon and Crown Motor Group Bushey emerged as joint winners of the Aviva Bodyshop Customer Service award, both scoring a perfect 100% in judging against a number of factors, including the willingness of customers to recommend the business to others.

Estimator of the Year attracted 110 entrants from across the country. The award was put together in association with Audatex and those taking part first had to provide an assessment from photographs of a damaged vehicle, with 10 finalists then going through to assess a car live under the scrutiny of judges at an event in Coventry.

The winners were awarded their prizes by Nick Holmes, head of customer and aftersales for Honda (UK) and a representative of each award sponsor at a ceremony at the Silverstone circuit.

Holmes said: “We are committed to providing the highest levels of customer service and repair quality to our customers in the unfortunate event of an accident, and we couldn’t do so without the excellent work and first class standards of our bodyshop and dealer partners across the country.

“These awards are just a small gesture of thanks from us for the commitment and passion that they show day in, day out, looking after our customers. I would like to pass on my congratulations to all of those who won and took part, and a big thank you to our awards sponsors for their support.”

The full list of winners at the Honda (UK) Bodyshop of the Year Awards:

Estimator of the Year – runners up:

Estimator of the Year – finalists: