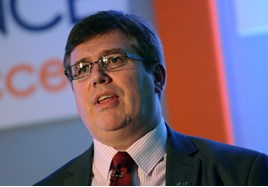 The Retail Motor Industry Federation and Scottish Motor Trade Association have met with ministers to present a case against extending the MOT test for new cars.

RMI director Stuart James and SMTA chief executive were among those who travelled to the House of Commons to address Scottish National Party transport spokesperson Drew Hendry MP on the matter.

During the 2015 Budget it was announced that the Government would consult on extending the period of time before a new car receives its first MOT test from three years to four.

The RMI and SMTA are concerned that a new ‘4-1-1’ system would severely jeopardise road safety in the UK.

James said: “The RMI and SMTA stand united on this matter and are working closely together to save the UK’s outstanding road safety record.

“Although activity around this subject has quietened over the past couple of months because of the EU referendum, we are continually working hard to lobby the Government and keep the momentum going.”

Both organisations believe that increased mileages in new cars, combined with a popular belief among consumers that new cars are more reliable, has led to lower driver awareness of the condition of their vehicle, particularly the tyres.

Compounding this is the poor state of many UK roads.

Burgess said: “This is a fantastic opportunity to show the way trade bodies can work together to highlight challenges that the industry faces.

“With around 20% of new cars already failing their first MOT test after three years, the road safety implications for an extension are extremely dangerous.

“We are fighting to ensure that all cars are safe on the road.”