Kwik Fit in property hunt ahead of national expansion 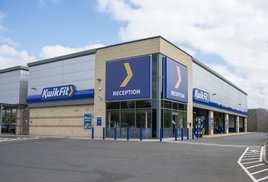 Kwik Fit has issued an appeal for roadside property across the UK as it bids to expand its fast-fit car maintenance network.

The aftersales business already has 600 locations across the UK, but has issued an appeal for new sites through Rapleys as part of a wide reaching expansion plan.

Kwik Fit has issued a list of 24 towns and cities where it is currently seeking freehold or lease property to establish a new facility but said that all urban areas with a population of 200,000 people or more would be considered.

Its requirements detail a 3,000sq-ft to 10,000sq-ft site within close proximity of supermarkets, fast food outlets or leisure facilities.

News of the Kwik Fit plans comes just over two months after the business claimed to have launched the ‘Netflix of car maintenance’ in the form of a monthly subscription service covering the cost of new tyres, wheel alignment, MOTs and an annual service.

Set to be piloted in North West and Yorkshire ahead of a planned national rollout, the Kwik Fit Club scheme’s launch follows research which indicated that some 17.7 million UK drivers would be interested in a pay monthly scheme for motoring maintenance – a figure which has grown by 15% since 2018.

According to Kwik Fit, the concept is especially appealing to drivers aged 18-34 (67% of this group would be interested).

Kwik Fit said that its monthly subscription cost would be tailored to a driver’s personal circumstances, based on the car they drive, the mileage they cover and the condition of their tyres when they start their membership.

Communications director, Roger Griggs, said: “The growth in demand for subscription services has been dramatic over recent years, particularly with younger consumers.

“It’s also these younger drivers who are most likely to put off repairs and maintenance.  Benefits of Kwik Fit Club include members getting regular free health checks on their car and having regular, predictable maintenance costs instead of one-off spikes.”