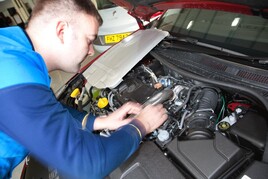 Independent garages and franchised dealer workshops are feeling the strain from the cost of living crisis, as their energy costs bite while some motorists are cutting back on maintenance spend.

A poll by The Motor Ombudsman found that eight in 10 are worried about the increasing costs, and six in 10 repair garages expect to raise their prices in the second half of this year to remain profitable in the face of higher overheads.

Those overheads include staff wages, as repairers compete for the limited talent pool of technicians. Some four in 10 workshops responded that they will be raising salaries during the next six months to help employees cope with their own rising costs and retain experienced mechanics, and three in 10 of the businesses surveyed aim to plug their staffing gaps by taking on new apprentices, while almost half intend to upskill their existing staff to repair hybrids and electric vehicles.

Delays getting hold of replacement parts were cited as the second largest obstacle for garages and workshops, negatively impacting around two in three of the businesses that took part in the mid-year research by the Ombudsman for the automotive sector. 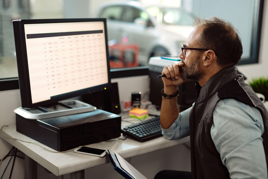 The research discovered that almost three quarters of workshops had noticed a fall in motorists' spending on ad hoc and routine vehicle maintenance and repairs so far in 2022 compared to during the first half of 2022.

Many reported a marked fall in motorists booking an annual service, which confirms the behaviour highlighted in The Motor Ombudsman’s survey in March, regarding consumer spending on servicing during 2022, and almost two in three said that demand had dropped for the topping-up of fluids, such as oil and air conditioning coolant.

One in two reported a fall in bookings for the replacement of wear and tear components, namely tyres, brake discs and wiper blades, when compared to the volume witnessed between January and June 2021.

Bill Fennell, chief ombudsman and managing director of The Motor Ombudsman, said: “Our research has shown that garages and workshops in the service and repair sector have had to manage a multitude of financial and economic challenges so far this year.

“With the outlook for the next six months continuing to look difficult, it is unsurprising that service and repair business owners are looking to raise prices to maintain profitability and support staff salaries.

"This of course all comes during a period when households, which are already under a financial strain, are set to experience even greater pressure from increasing energy costs before year-end, with vehicle maintenance, as shown in our March survey, taking even more of a back seat for many.”