Mixed opinions about robustness of EVs as marketing firms clash 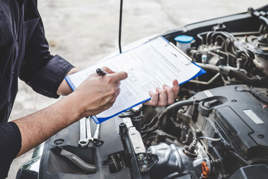 Opinions seem mixed about the robustness of electric vehicles (EVs), as two motor industry suppliers have come out with opposing claims about their MOT reliability based on their own data and observations.

Hybrid and EVs are more likely to pass their MoT tests at the first attempt than their petrol and diesel counterparts, research by Carwow has revealed.

The statistics, obtained from the Driver and Vehicle Standards Agency (DVSA) via Freedom of Information Request (FOI) show that 14.84% of hybrid cars and 17.87% of pure electric cars failed their MoT at the first attempt between 2019 and 2021.

The average failure rates for petrol vehicles over those three years was 20.07%, while diesels brought up the field, with an average first-time failure rate of 23.11%.

Hugo Griffiths, features editor at Carwow, said: “It is positive to see hybrids and EVs outperform their traditional petrol and diesel counterparts given both how recently such vehicles started to appear on the market, and the fact it is only a few years until these will be the only types of car people will be able to buy from new; this can only bode well for future maintenance costs."

Carwow said EVs could be more likely to pass their MoT test first time as they are subject to fewer checks as part of the MoT. Petrol and diesel vehicles are also subject to checks on their fuel lines, catalytic converters and diesel particulate filters; as EVs have none of these items, there are fewer opportunities for them to fail the test.

Hybrids are less likely to fail the MoT test for “noise, emissions and leaks”, according to the research.

Just 1.29% hybrids that didn’t pass their MoT test had a failure in this category, compared to 6.46% for diesel vehicles, and 5.42% for petrol vehicles.

Over a third (36.18%) of EVs that failed their MoT had tyres that didn’t meet legal standards, while 33.24% of all failing hybrids had substandard tyres.

With diesel vehicles the tyre failure rate was 28.18%, while 25.94% of failing petrol vehicles had defective tyres.

Carwow said a potential reason for the tyre failure rate for EVs is the instant torque such vehicles can deploy, which puts strong forces through tyres.

Similarly, EVs tend to be heavier than petrol and diesel vehicles due to the weight of battery packs, with this extra mass also likely to cause tyre wear.

Griffiths added: "The fact EVs and hybrids are more likely to fail their MoT tests for defective or damaged tyres is concerning for road safety, however.

"This confirms what has been known anecdotally for years – that the instant torque and extra mass EVs bring is tough on tyres – but it should be a huge wake-up call to drivers to check their tyres.

"Those four patches of rubber might be unglamorous and easy to forget, but they are the only thing keeping your car on the road, and it’s vital tyre tread, pressure and condition are checked regularly.”

The research also found that vehicles are consistently less likely to pass the MoT test as they age, with the worst pass rate in the data being for nine-year-old diesel vehicles, of which just 65.81% passed their MoT at the first attempt.

However, research by BookMyGarage shows that EVs have higher MoT failure rates than equivalently aged hybrid and petrol vehicles.

Petrol vehicles have a failure rate of 10.7% after three years, meaning they’re 6% more likely to pass than EVs of the same age.

The study found diesel vehicles to be the worst performing fuel type, with 15.1% of three-year-old vehicles failing. However, six-year-old diesels shared a similar failure rate to EVs at 21.4%.

Karen Rotberg, co-founder of BookMyGarage, said: "One of the benefits of driving an EV is the reduction in maintenance required.

"Service intervals are typically longer than the interval for many petrol or diesel vehicles, and fewer components or fluids need replacing during the service itself.

"However, this doesn’t mean EVs are immune to safety defects.

"In fact, because EVs are generally much heavier than vehicles with internal combustion engines, wear on some components – such as tyres – can be greater.”

Tyres are responsible for 22% of all EV MoT failures, compared to just 12% for all fuel types.

"This data highlights the importance of regular servicing and safety checks on EVs, even though their service schedules are simpler, to ensure any defects are found before they become dangerous."

However, with 337,0002 EVs registered in the last three years, this figure is expected to increase over the coming years and garages will need to be prepared to take on more MoT, servicing and repair work on EVs, warns BookMyGarage.

Dealerships have been warned against unduly increasing their workshop labour rate as electric cars and vans become commonplace or risk losing major customers.