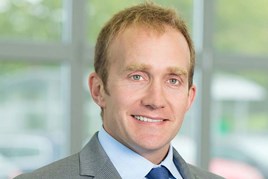 Skoda is aiming to conquer the SUV sector and grow its fleet volumes as the success of the Superb and a revamped dealer network start to benefit sales in the UK.

He said: “Sales have been really strong, despite the fact that we haven’t pushed the brand in the popular SUV sector so far.

Skoda is already starting to benefit from the success of the new Superb saloon and estate, a model which puts them 150% up in a segment down 16% for far this year, with most models being sold predominantly in the range’s premium SE-L and L&K specifications according to product marketing manager James Snowden.

A new Superb Sportline will be launched later this year – slotting in-between the two specifications – to cash-in on the appetite for more expensive Superbs.

Next year the brand will also start to benefit from sales in the growing SUV market – a sector which has grown by 214% since 2010 – when it launches its Kodiaq seven-seater in Q1 and an all-new Yeti in Q1 of 2018.

Movassaghi said that about 100 of the Skoda brand’s 128-strong dealer network had undergone a major CI makeover, something he described as a “huge positive” for the brand.

The move also saw Skoda adopted by top AM100 groups, but Movassaghi insists that the brand’s traditional owner-operators are as highly valued as ever. He said: “In terms of our partner profile we’re less concerned with company profile than customer service.

“Five years ago we didn’t have some of the larger groups and PLCs that now represent the brand but that mix is definitely there now and that is important for the future of the brand.”

As part of its CI transformation Skoda has adopted the CitNOW video platform for its aftersales customers and is also rolling out iPads to its service and sales staff to make face-to-face interactions with customers less formal.

While helping to drive sales, Movassaghi believes that the changes have contributed to increased confidence among retailers and an NFDA survey score which has risen from 3.9 in July last year to 5.2 in January seems to back up his assertion.

He added: “I have only been in post since January and we’re so it is hard to know what impact the changes that we have implemented since then have had.”

Skoda’s head of sales operations, John French, revealed that Skoda’s sales ambitions would be realised with the help of a continued focus on the fleet segment which saw a retail: fleet mix of 47:53 in 2015.

French, who said that Skoda’s true fleet sales grew by 24% in 2015 during a press briefing in London last week – resulting in a market share of 3.1% – said that the 128-strong network of retailers would continue to work hard to generate relationships with SMEs.

Skoda operates eight regional fleet managers but will be encouraging retailers to recruit their own business development managers (BDMs) to manage non-retail sales in future.

As well as the fleet business, French expressed Skoda’s desire to improve the perception of its used offering.

French said: “Traditionally those buying a used car might have felt like a second class citizen. We want to change that perception.

“Our success in selling PCPs means that we now have a volume of quality used cars coming back to our retailers and we want them to offer that product as a premium offering.”

French said that Skoda would be working hard to update its online used car locator in-line with this plan. He added: “The result will be a positive impact on residuals as well as dealer profits.”

From June 10th letters have been issued to Skoda customers to begin the recall of EA 189 diesel engines implicated in the dieselgate scandal.

As reported by AM previously, Skoda had withheld 513 unregistered vehicles from sale until a fix could be implemented.