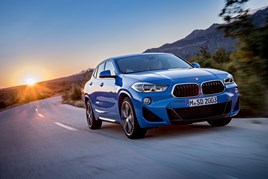 A survey by the Carbon Disclosure Project (CDP) has revealed BMW, Daimler and Toyota as the top-three most environmentally friendly car makers.

Responses from 16 major manufacturers were ranked based on three issues: progress toward meeting emissions standards, strategies on using self-driving technology and renewable energies, and management incentives to lower carbon emissions.

Suzuki, FCA group and Subaru were highlighted as the worse performing brands in the report, titled Driving Disruption, which warned that individual auto makers could face fines of up to £829 million if they fail to achieve EU emissions targets by 2021.

Manufacturers in the EU must reduce emissions by 19% over the next 5 years, meaning that companies need to increase their Electric Vehicle (EV) sales by up to a fifth in order to meet the targets.

The research shows that EVs could become as affordable as traditional petrol and diesel cars as soon as 2022, making it easier for carmakers to profit from the low carbon transition.

The report states: “OEMs face challenges from tech players and profits are shifting towards tech/software suppliers and ridesharing services.

“Incumbent OEMs may see these challenges as threats to existing business models but to be successful they must embrace the new opportunities and markets that will become available over the coming years.”

A third of new cars sales are expected to be zero emissions and plug-in hybrid by 2030, but at the same time, more than a fifth of automotive company profits are expected to shift to tech suppliers and ride-sharing services such as Uber and Google by 2030.