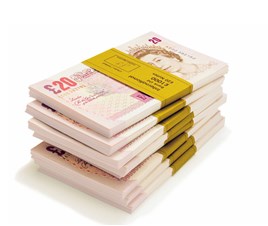 The average UK motor retailer produced a profit of just over £42,000 in June, exactly matching the result for the same month in 2015.

Profitability for the first half of the year was on a par with the prior year, albeit with a slight fallback in the second quarter, reports ASE.

Its chairman Mike Jones said: “Over recent quarters the increased losses suffered in the mid-quarter months have been more than compensated for with very strong closing months as bonuses are banked. This was unfortunately not the case in Q2 with June failing to outperform to the same extent.

It is far too early to blame this on the impact of Brexit as the results contained one week of post-vote trading. We would normally expect a slight performance slowdown with a football tournament and a referendum taking place.

With profit on a par and turnover up, as a result of increased registrations, we therefore see a significant drop in the return on sales percentage compared to the prior year. This reflects the fact that dealers are having to work harder to generate the same return with a larger volume of transactions and this is expected to continue.

Used car return on investment dropped during June as a result of increased stock holding reflecting the impact of unsold self-registered vehicles arriving into stock. In the current business environment these cars need to be turned quickly to mitigate against future losses.

We will clearly be watching performance carefully over the third quarter to determine the potential Brexit impact and whether this has accelerated the softening in the market we saw throughout the second quarter. 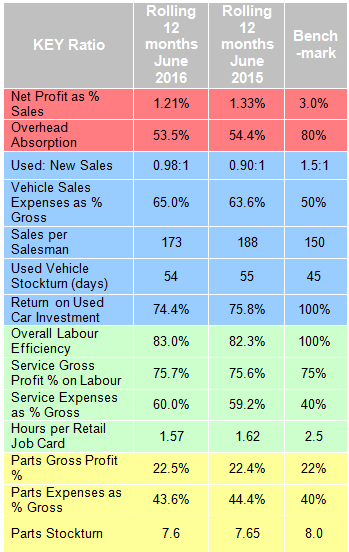