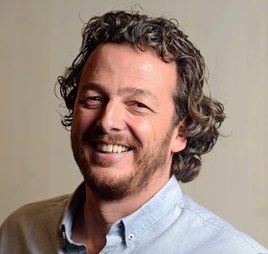 Rockar is in the latter stages of launching with another new car franchise and is also close to developing a used car concept, according to its founder Simon Dixon.

Dixon has told AM that the deal for the new franchise would also include the roll-out of its website technology to the vehicle manufacturer’s dealer network, adding that Rockar is “actively engaged” with four other franchises, doing data discoveries and running through how to configure the site to meet their criteria.

“I don't want to tempt fate but there'll certainly be one or two more announcements to do this year in line with brands," he said.

“We've got similar discussions going on with one or two dealer groups about how we can facilitate this and make it work.”

Rockar started working with Hyundai in 2014 when it added a retail location at Bluewater shopping centre and then added a second location with the South Korean brand at Westfield in December 2015.

Part of Rockar’s wider strategy is to licence out the technology that runs its business to other manufacturers and dealer groups, essentially white-labelling it as a platform.

Dixon said: “We've got something we can offer that gives us a very simple and easy solution and it works because we've got proof it works now across three brands.”

Dixon said the Rockar system is an interactive platform that will roll out with updates, much like Apple’s iOS or Google’s Android for smartphones.

The plan is for all updates of the technology to be rolled out across Rockar’s licensee customer base.

While Rockar has launched with new cars only, Dixon also confirmed he is planning to expand the offer to used vehicles this summer. The used operation will stay within franchise, so it would only stock used Hyundais, Jaguars and Land Rovers.

He said: “In all honesty, I felt that we could just live life selling new vehicles but we get a lot of enquiries for used vehicles and it’s disappointing we're not fulfilling the customer experience on used as we are on new.”

AM DigiTech 2017: speaker to share experience of Peugeot and Rockar online sales

AM DigiTech 2017: speaker to share experience of Peugeot and Rockar online sales