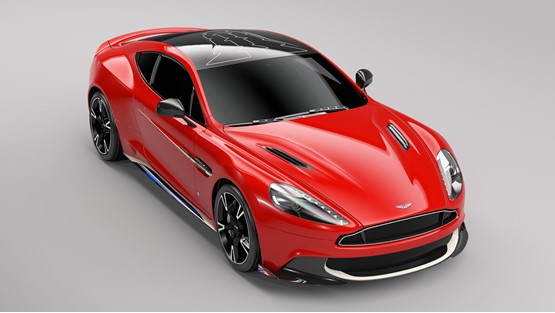 Jardine Motors Group has been recognised at the RAF Benevolent Fund’s awards after it donated one of 10 limited edition Red Arrows Aston Martin Vanquish S that raised £1.4 million for the charity.

The car named Red 10, gained international interest with more than 70,000 tickets being sold for the RAF Benevolent fund charity raffle. Jardine won Corporate Fundraising Activity of the Year as a result.

The idea was the brainchild of Jardine Motors Group dealer principal Simon Lane, who inspired the team at Aston Martin to create 10 bespoke cars, each unique and modelled on its corresponding Red Arrow.

Lane said: “Supporting the RAF Benevolent Fund was at the heart of this project from the outset. We knew that if we could get permission from the RAF we would be able to raise a lot of money for the charity.

“The Fund is a very worthwhile charity, supporting our veterans and those currently serving, and we at Aston Martin Cambridge and Jardine Motors Group, are proud to have been able to support that work.”

Air Vice-Marshal David Murray, chief executive at the RAF Benevolent Fund, said: “Aston Martin Cambridge’s generosity raised a staggering amount for the Fund and we are truly grateful for their support.

“As a charity which receives no regular government funding, the RAF Benevolent Fund is completely reliant on donations like this to be able to carry out the vital welfare work that we do, looking after the RAF Family, serving and retired personnel and their families.

“The reach of this campaign was incredible, millions of people saw our raffle, and that’s entirely thanks to Simon and his team at Aston Martin Cambridge and their wonderful idea.”

The exclusive limited-edition car was designed to emulate the experience of piloting a Red Arrows Hawk Jet.

Approved by the Ministry of Defence and the Royal Air Force, the Red Arrows Vanquish S pays homage to the RAF’s aerobatic display team featuring a headrest with the Red Arrows’ famous diamond nine formation embroidered on it, a zigzag charge pattern emblazoned on the car’s carbon roof, and a signature from the Red Arrows pilot on the car’s engine.

Each of the cars were painted in a special, Eclat red pearlescent colour, which is a not only the Red Arrows signature but is a unique custom shade of red containing gold flakes.

The car was finished with white ‘flash’ side strake edges leading into the doors and a trademark Red Arrows blue and white ‘smoke trails’ from side skirts into the rear diffuser and exhaust. 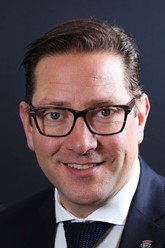