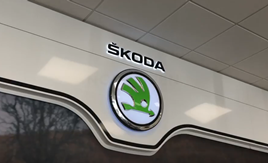 Alan Day Volkswagen has expanded its franchise offering with the official opening of a new Skoda showroom in North London.

Commenting on the franchise addition, Alan Day managing director, Paul Tanner, said: "I'm delighted to be associated with such a strong and iconic brand as Skoda.”

He acknowledged at the time that there was a sense his three-site operation has found itself facing a ‘perfect storm’ with everything from anti-diesel sentiment in the city to terrorist attacks feeding in to a climate that had left the London-based business trying to “keep our heads above water” in 2017.

The group’s 2017 accounts have yet to be published.