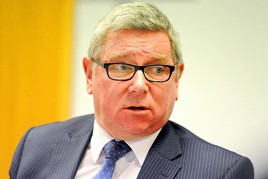 Arnold Clark has completed the acquisition of Phoenix Car Company, with the transfer of assets and staff from the Paisley-based car retailer set to take place on January 31.

The AM100’s fourth-placed retail group will grow with the addition of six retail sites in Paisley and one in Edinburgh from the group, with franchised partners Hyundai, Kia, Mitsubishi, Suzuki and Honda.

Arnold Clark chairman and chief executive, Eddie Hawthorne, said: “I can confirm we are working with Phoenix to transfer some business assets and all existing employees to the Arnold Clark organisation as of 31 January, 2019.

"We are also working to gain the agreement of the manufacturers to transfer the franchises as of that date."

He said: "I hope that we can continue to build upon what is already a prominent and well-respected company within the automotive industry.''

Phoenix Car Company was founded by chairman and chief executive, John McGuire, in 1993.

Initially founded as a Honda franchise, the retailer Phoenix was ranked as the fastest growing, privately owned company in Scotland five years later, with the Dun and Bradstreet survey rating the company as 51st in the UK Top 100, the highest placed automotive dealer.

Phoenix Car Company’s latest published accounts disclosed a turnover of £127.2m alongside a £1.41m loss as the business moved to consolidate its operations into its Paisley “hub”.

The group said that the restructure had been prompted by Honda’s decision to overhaul its franchised retail network, a process which saw the Japanese brand serve notice on Phoenix, which had been Scotland’s largest Honda retailer with locations in Glasgow, Paisley and Stirling.

Phoenix ultimately retained its Honda Paisley franchise and described itself as a “leaner and fitter business” as a result of the restructure, in a statement issued alongside its annual results for the period to March 31, 2018.