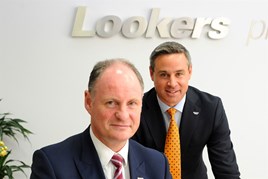 Lookers chief operating officer, Nigel McMinn, said: “It’s a mixed story because there is a challenging market backdrop but we have been largely able to encourage growth through our used cars and aftersales operations.

“What we are trying to do is push harder in the areas that we can control. It’s very easy to talk about, Brexit, diesel and WLTP and drops in the new car market and you’re very soon consumed by the things that you can’t do very much about.”

Lookers did cite the impact of the introduction of WLTP vehicle emissions regime as one reason why its turnover from new cars declined by 3.3% (to £2.4bn) as volumes dipped 6.1% from 104,331 to 97,641 during the period.

The group expressed a strategic goal to grow its used to new sales ratio to two-to-one in its results statement.

Chief executive, Andy Bruce, described Lookers’ financial results as “resilient”. He added: “The order book for new cars in the important month of March is in line with our expectations and we expect to make further progress in used cars and aftersales.

“We remain mindful of a prolonged period of political and economic uncertainty, but we believe we are well positioned to strengthen our position to deliver growth and enhance shareholder value over the medium to long term.”

Lookers said that it had embarked on “a period of significant transformation” in its retail business during recent years as part of a drive to represent the major automotive brands in the main centres of population in the UK.

In March 2018 it closed two Vauxhall dealerships at Warrington and Yardley as part of the rationalisation of their UK dealer network.

In July we acquired a Ford dealership which complements our larger representation of Ford in Essex and in October we closed our Hyundai and Nissan business in Motherwell.

In September the Group acquired the Jennings Group for a gross payment of £10.1m. Commenting on the Jennings acquisition, Lookers said: “(It) complements and strengthens Lookers’ position in the region and we are delighted to expand our key partnership with Ford.

“Given the timing of the acquisition, it has been earnings neutral this year but has now been successfully integrated and we expect a modest contribution to earnings in 2019.”

Reflecting on the Government’s rejection of Prime Minister Theresa May’s Brexit deal and the ongoing uncertainty faced by the automotive sector in the UK, McMinn said that consumers had proved to be “resilient”.

He said: “With the level of uncertainty that exists in the market we should not be taking new car orders at the rate that we currently are.

“The reality for Lookers at the moment is that Q1 and Q2 are looking really good.” 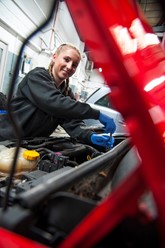