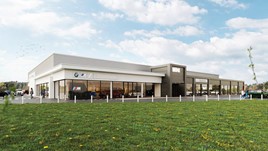 Pendragon has revealed its plans to develop new BMW and Mini dealerships in Derby and Hull, bringing the two brands together under one roof for the first time at the two locations.

Set to be completed in late 2021, the two 50,000sq ft sites will increase space for new models, introducing BMW M and BMWi zones, allowing customers to explore the performance and electric vehicle ranges alongside product specialists.

Pendragon chief executive, Bill Berman, said: “We are delighted to unveil plans for the re-development of our BMW and Mini retailers in Derby and Hull.

“We believe these state-of-the-art facilities mark a significant investment in not only the BMW and Mini brands, but also in the local community through long term job creation.

“We look forward to welcoming customers into these bold new facilities when they both open later this year.” 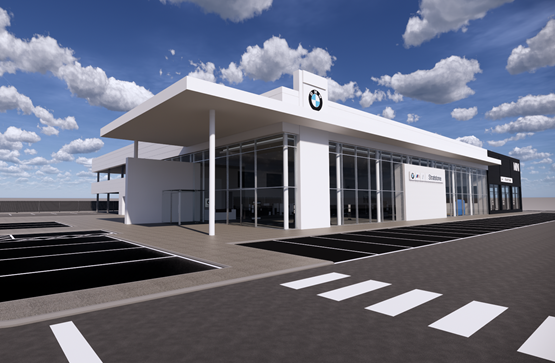 Stratstone BMW and Mini Hull will feature a 20-vehicle showroom and a 20-ramp service and repair workshop with EV charging and additional space for approved used vehicles thanks to a rooftop car storage area.

During the work Stratstone BMW Derby will move to a temporary location on Chequers Road, Derby, from February 1.

Mini Derby will continue to operate from the existing Mini site on Sir Frank Whittle Road until the new facility opens.

Pendragon has bold plans for car retail site developments within its network.

Last year saw the business open the doors to its new Porsche Centre at Stockport and gain planning permission for a new 2,117sq-m "gateway" Porsche Centre and restaurant development on the outskirts of Nottingham.

In September last year, meanwhile, it revealed its plan to rebrand and restructure its Car Store used car division while driving digital innovation in a new growth strategy which it hopes will deliver an underlying profit before tax of £85m to £90m by 2025.