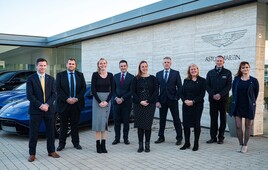 HR Owen’s Cheltenham Aston Martin dealership has been named as the brand's Dealer of the Year 2020 as it  claimed two top accolades at the British carmaker's annual awards.

HR Owen chief executive, Ken Choo, praised the team at the facility for their show of “incredible resilience and ingenuity” to continue to deliver high standards and deliver awards during a period which was heavily impacted by the COVID-19 pandemic. 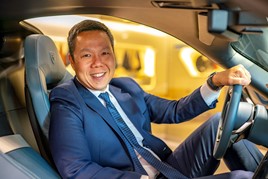 And Choo said: “Congratulations to the whole team at Aston Martin Cheltenham on these two extraordinary awards.

“Through the most difficult of times, they have shown incredible resilience and ingenuity to continue delivering the world-class customer service that the HR Owen Group is famous for.

“The Aston Martin brand grows stronger by the day, and we’re delighted to represent its British sports cars in the best possible way.”

Aston Martin Cheltenham, which HR Owen acquired from Broughtons of Cheltenham Limited in 2011, celebrated its 15th anniversary in 2020.

It is one of two franchised sites operated by AM100 car retail group HR Owen for the brand, alongside Aston Martin Reading. 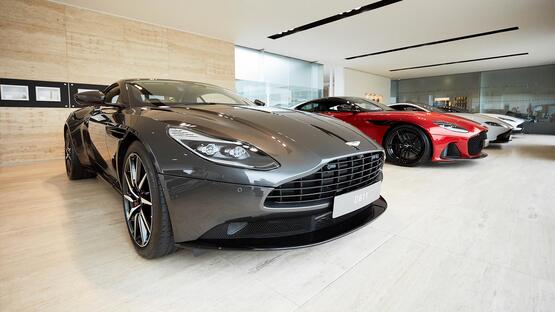 It added: “Throughout lockdowns the showroom itself was closed to physical visits, but continued to operate with virtual walkarounds and new digital sales processes – always with a customer-first approach.

“When allowed to open, the showroom operated by appointment only, with strict visitor numbers, sanitising stations, one-way systems and mandatory masks.”

Last month AM reported how Aston Martin is planning to increase its wholesale business to 10,000 cars by 2024/2025 and achieve revenues of £2bn and a £500m pre-tax profit in a strategy aiming to "drive growth, agility and efficiency" in the wake of the pandemic.

Delivery of the long-awaited Valkyrie hypercar and new derivatives of the DBX are among the key priorities for 2021.

In 2020, Aston Martin’s new DBX SUV accounted for more than a quarter of the British carmaker’s 2020 sales as volumes declined by 32% in a COVID-impacted 2020.

The Gaydon-based OEM, which came under new ownership in 2020, sold a total of 4,150 retail vehicles last year across the year, with the DBX accounting for 1,171.