Was this article useful?
24 people found this useful 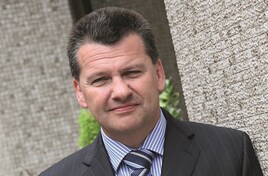 The board of directors at Cambria Automobiles has confirmed that chief executive Mark Lavery has been given more time to negotiate a management buy-out (MBO) of the AM100 car retail PLC.

A statement issued via the London Stock Exchange today (May 17) revealed that Lavery would lead the takeover offer alone, having previously been accompanied in the move by the group’s financial director, James Mullins, and managing director, Tim Duckers.

Mullins and Tim Duckers have stepped aside due to ‘technical considerations’, the statement said, but will “will continue in their current management roles with the Company, working alongside Mr Lavery, regardless of the outcome of the possible offer”.

A month ago AM reported that the Cambria board had given the group’s leadership team until May 17 to submit their offer as part of a “put up or shut-up” notice.

Now the board has extended the deadline for negotiations until June 14.

Today’s statement said: “The technical considerations arising from these discussions have led the parties to conclude that any offer, if made, would be made solely by Mark Lavery or an entity controlled by him ("Management Offeror"). Such an offer, were it to be made, would be at a price of 80 pence in cash per Cambria share, which the Board of Cambria would be minded to recommend.”

It added: “There can be no certainty that an offer will be made. A further announcement will be made when appropriate.”

Cambria’s share prices have almost doubled since Lavery led the initial interest in returning the car retail group to private ownership back on March 22, and are currently trading at 83.5p.

The group’s rallying share prices have followed a trend seen by other PLCs since news of April’s reopening of car showrooms, with hope for more positive trading during the remainder of 2021.

Speaking to AM after the announcement of the results, Lavery revealed that the strength of the sector after a tough 2020 was all that was holding the PLC back from implemented stage four of its roadmap to recovery – further growth through acquisition.

He said: "A year ago I predicted a Darwinian evolution of the car retail sector and thankfully that hasn't proved to be the case.