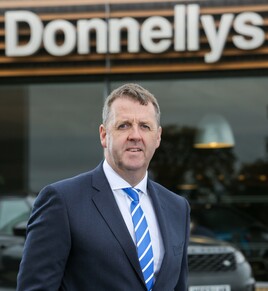 Donnelly Group returned to profit in 2020 after delivering £7.2 million of annualised structural cost savings during the COVID-hit year in car retail.

The Northern Ireland-based AM100 car retail group reported today that it had achieved a pre-tax operating profit of £1.46 million in its latest accounts filed at Companies House for the year ending 31 December 2020.

Dave Sheeran, the managing director at Donnelly Group, said: “2020 was an extremely challenging year for the entire motor retail industry.

“The pandemic coincided with a wider strategic review of the business, the out-workings of which are beginning to materialise in these results.

“The business is in a positive position following £7.2m of annualised structural cost savings and I expect stronger results as the Group’s new strategy is fully implemented.

“Challenges remain throughout 2021, principally due to the ongoing global pandemic, but the Group’s trading has been very positive year to date and in line with expected improvements.”

During Donnelly’s reported period, the business closed its Omagh Vauxhall dealership as part of the Griffin-badged brand’s network consolidation.

It also cut its administrative workforce by 50% after rolling out Arena Group’s mstore paperless operating system.

Earlier this month AM reported that the business had completed work on its new £3m Honda showroom on Belfast’s Boucher Road.