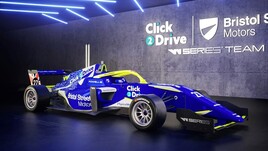 Bristol Street Motors has launched a W Series race team and has increased its support for the Excelr8 Motorsport team after being confirmed as a title sponsor for the 2022 Kwik Fit British Touring Car Championship (BTCC).

The launch of the W Series race team coincides with the brand’s new #TypicalWomanDriver campaign, which highlights the skills and significance that women drivers play in society, from ambulance drivers and other blue-light first responders to lorry drivers and air force pilots.

Click2Drive Bristol Street Motors Racing will participate in the W Series 2022 season and has signed Alice Powell as its first driver.

Robert Forrester, chief executive of Bristol Street Motors, said: “We’re very excited to now reveal both our team, Click2Drive Bristol Street Motors Racing, and our new #TypicalWomanDriver campaign. The campaign looks to flip the derogatory stereotype and bring to light the incredible female figures across a wide range of professions and communities.

“There has been some great work to encourage more women into motorsport and the wider automotive industry in the last couple of years, and we’re pleased to have been part of that through our partnerships, including W Series.

“Alice Powell is a brilliant driver for us and a true icon of female motorsport. She is a hero to many young fans of W Series and, with her experience and understanding of racing, will no doubt make a huge contribution to the Click2Drive Bristol Street Motors team at all levels.”

The team is in discussions regarding the team’s second driver, with plans to announce its next signing ahead of the start of the W Series' third season. 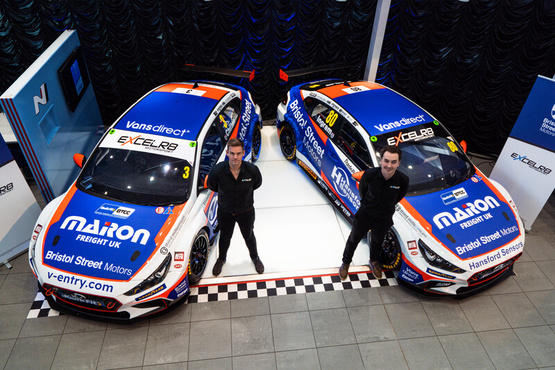 As part of the sponsorship, the Excelr8 Motorsport team will feature Bristol Street Motors branding on its cars, race suits and helmets.

Ingram and Chilton will be at the wheel of two Bristol Street Motors-backed models featuring a white, blue and red livery unveiled during a launch event at the brand’s Nottingham Hyundai dealership.

Following a planned pre-season testing programme, the new look will appear on track at Donington Park in late April.

Bristol Street Motors will also supply the team with support vehicles for use during the season, including a pool car and two cars for the use of the drivers.

The support vehicles will include the road-going version of the Hyundai i30 Fastback N Line as well as the Tucson Hybrid N Line S, and the Hyundai Ioniq 5.

Each driver will also receive new Ioniq 5 electric vehicle (EV) to use throughout the year.

The deals are the latest in a string of sponorships announced by Vertu Motors,