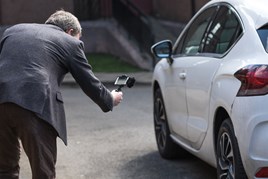 CitNOW has revealed that 74% of used car consumers feel more confident in a purchase after viewing a video.

The company has advised retailers to tailor video communications to the digital habits of older car buyers as well as the younger generation after surveying 2,000 UK motorists on their viewing preferences.

The survey showed that over one-in-ten motorists (12%) who had bought a car in the last 12 months had requested a personalised video of the car without prompting, indicating consumer demand for transparent communications.

Experienced motorists aged 45 to 54 and from ‘Generation X’ are among the most receptive to video, but some will still opt to use more traditional tech for viewing, with the laptop coming out on top.

It revealed that 31% of 45 to 54 year-olds use laptops as their primary device for viewing video content, this figure rising to 33% of those aged 55 and above.

Desktop computers still attract a loyal following, with 18% of Generation X members and one in five over 55s preferring the desk-mounted tower for video and other content.

However, the smartphone is catching up, with 17% of 45-54 year-olds saying it’s their favourite means of viewing a video.

What unites all age groups is their receptiveness to video content as a component of the customer journey as almost three quarters of all people surveyed (74%) said they would be more confident committing to a purchase after viewing a video.

Almost half (45%) of respondents said the personal touch of a video tour was very important when browsing for a used car on the internet.

CitNOW’s founder Andrew Howells said: “While video technology is universally appealing, and helping trade professionals attract a new generation of customers through the door, using it to communicate has also captured the imagination of customers who will likely have a long history of buying cars.

“Retaining loyalty is key, and the consumer appetite for unique, personal communications with video is proven.

“Retailers have an opportunity to reach all customers through various channels, and CitNOW supports this by offering instant email and SMS options when distributing video communications.

“Open rates can be quickly accelerated and watch rates doubled by ticking off the email and SMS channels.

"This is vital in aftersales, when a vehicle is waiting on the ramp; workshops can use this window to have work approved remotely when the customer has just watched their video.”

CitNOW has published its insights into the consumer view of automotive video in the first CitNOW Vision Report.