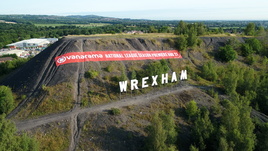 Vanarama is in talks with local authorities to make its Hollywood-style signage outside Wrexham permanent following a marketing stunt.

The online leasing company and National League title partner put up a huge Wrexham sign close to the A483 as part of a guerrilla marketing campaign to promote the business.

The giant white letters, measuring in total six metres high by forty metres wide, have been lit up for a week, with security appointed onsite for the first time to protect the site.

Before it was revealed that Vanarama was behind the stunt, Wrexham Council and even Wrexham AFC’s celebrity owners Ryan Reynolds and Rob McElhenney had to deny involvement.

Reynolds, who has 17.9 million followers on Twitter, even took to the social media platform to comment in the typical sarcastic style of his famous Marvel character Deadpool:

Vanarama now leases more cars than vans, having supplied over 51,000 vehicles since being established in 2004.

Vanarama is now in discussions with local authorities about making the sign a permanent landmark.

Andy Alderson, Vanarama chief executive, said: “We couldn’t have anticipated how much our Wrexham sign would have captured people’s imagination.

“The fact the story made it all the way to Hollywood, with Wrexham AFC’s celebrity owners identified as the potential pranksters being the icing on the cake. We are overwhelmed by the wholly positive support that the now firmly established landmark has received.”

After keeping people guessing for a whole week, Vanarama came forward as the culprits by unfurling a giant banner above the sign, reading: “Vanarama: National league Season Premiere Aug 21”. 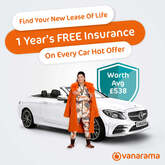