Was this article useful?
32 people found this useful 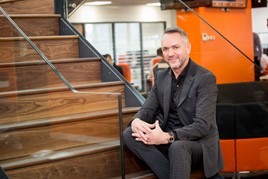 Speaking to AM as Cazoo announced its impending public offering on the New York Stock Exchange, Alderson revealed that his online leasing business is targeting a five-fold increase in volumes to 125,000 by 2025 alongside a rise in revenues from a projected £150m in 2021 to £2.75bn.

His ambitions come as the Hemel Hempstead-based digital business launched a high-profile ‘New Lease of Life’ marketing campaign across TV, radio, social media and online streaming platforms and extended its sponsorship of the National League football for a further three years.

And he said that his ambitions, and the rapid rise of Cazoo’s valuations, had been driven by an acknowledgement of the importance of as online presence and a focus on brand marketing - particularly in the wake of COVID-19.

Alderson said: “The legacy automotive players will be looking at that (Cazoo valuation) and saying ‘that valuation’s crazy’.

“I think what a lot of people don’t get is that to be in any form of retail now you don’t need the bricks, but you absolutely need the clicks.

Alderson said that Cazoo’s influence is drawing attention to online car retail was helping to “pave the way” for his operation.

His brand’s focus on marketing is similarly key to feeding the need for a visual presence in a car retail landscape where clicks have become a vital component of success, he said.

And he explained: “We’ve been doing this for a really long time now and we’re really good at it.

“By comparison, the speed of development at Cazoo has been crazy. My CTO said that it had been like jumping off a cliff and then starting to build a plane on the way down.

“The difference is, we know that our plane flies.”

Alderson acknowledged that the funding attracted by the Cazoo business, led by Zoopla and LoveFilm founder Alex Chesterman OBE, had allowed it to leverage its market presence through an accelerated branding and awareness campaign that had come at huge cost.

But he said: “Chesterman has got such a strong pedigree that investors will follow him. He’s built the brand really quickly and can now get the product to market fast.

“There’s nothing wrong with losing money if you’re building for long term growth.” 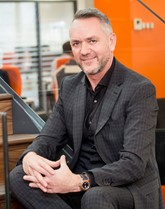 8 Questions To: Andrew Alderson, founder and CEO of Vanarama

8 Questions To: Andrew Alderson, founder and CEO of Vanarama