Bank of England to get tough on PCP credit culture 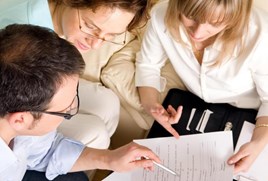 The Bank of England has confirmed that it considering more stringent regulations which would usher in strict affordability checks in a bid to avoid a PCP-prompted financial crisis.

Regulators are investigating car financing arrangements which could lead mortgage-style checks to ensure the affordability of loans, it was revealed by The Telegraph newspaper, as the FCA warned of households’ vulnerability to changing economic conditions in its 2017/18 Business Plan.

In its plan the FCA said that indebtedness was on the rise, with 16 million UK residents now holding savings of less than £100, but the amount of money being borrowed to buy new cars has trebled over the past eight years to more than £30 billion.

The FCA said: “Although secured lending growth has stabilised, consumer credit lending has continued to grow rapidly. UK household indebtedness is at a very high level by historical standards; the household cash savings ratio has fallen since 2010.

“Households are vulnerable to any potential shocks to their employment, income or debt servicing.”

Around one-in-nine UK new car sales are now facilitated by a PCP and concerns are growing that the loans are stretching consumer’s finances with fears that a rise interest rates or a fall in residual values prompted by ever-rising levels of nearly-new used vehicle stocks could spark a financial crash.

Speaking to The Telegraph, which reported that the BoE was considering strict new regulations on Friday, Steve Baker MP, a member of the Treasury Select Committee, said: "It's a terrifying prospect to think that car loans are being securitised in the way mortgages were in the run-up to the crash.

“Our economy may well be too dependent on cheap credit and the Bank of England should urgently explore this problem.

Baker said that it was inevitable that the Treasury select committee would want to take a look at what was “a fundamental issue of financial stability.”

As part of a special investigation reports from The Telegraph newspaper carried out PCP mystery shops and claimed that finance companies offered deals which left them with just £3-per-month to live on after being offered finance on a Volvo V40 which would command £397 of their £400 disposable monthly income.

Another firm suggested a £372-per-month deal on a Hyundai Santa Fe subject only to “basic credit checks”, it said.

Speaking to AM after the publication of the Finance and Leasing Association’s consumer car finance figures for 2016, the FLA’s head of motor finance, Adrian Dally, argued that the market was “stable”, despite the dramatic rise in PCP loans, however.

Dally said: “I think people are acutely aware of what happened in 2008. Back then credit and liabilities were held by people who didn’t know who they had loaned to, but that isn’t the world we live in now.”

AM asked Dally why potential barometers of the finance industry’s health, such as default rates, were not published by UK car finance providers.

He said: “They are details that the FLA doesn’t hold. It’s not as though there is no transparency.”

Speaking after publication of the FCA’s plan for the year ahead this week, Dally added: “The motor finance industry is committed to responsible lending and to high standards of customer service.

“We will continue to work closely with the Financial Conduct Authority to ensure they have a good understanding of this highly competitive and diverse market.”