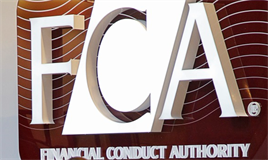 PPI continued to account for the vast majority of complaints received by the Financial Conduct Authority (FCA) as the overall number of dissatisfied consumers declined by 5% in the second half of 2018.

Data published by the FCA showed that 40% of all complaints received during H2 2018 concerned Payment Protection Insurance (down 8% on H1) as the overall number of complaints across all financial products it polices declined from 4.13 to 3.91 million during the period.

The FCA said that it was the first time the number of complaints has fallen since changes the way in which firms report complaints, in 2016.

The changes allowed firms to exclude from their complaints return any PPI complaints where it was established that the complainant had not purchased a PPI policy from them.

Christopher Woolard, executive director of strategy and competition at the FCA, said: “It is encouraging to see that complaint figures have dropped and firms are dealing with complaints more quickly.

“We expect firms to continue to focus on ensuring their customers are well served and that they respond quickly where consumers complain.”

The FCA said in a testament issued alongside its complaints data that 3,181 firms had reported receiving one or more complaints during 2018 H2, with 231 of these firms reporting 500 or more.

These firms accounted for almost 98% of all complaints reported, it said.

While remaining the second most complained about product, current accounts complaints decreased by 13% over the half-year.

By contrast, credit cards, the third most complained about product, saw an increase of 10%.

The FCA reported that the proportion of complaints closed by firms promptly had increased.

The proportion who closed within eight weeks rose from 92% to 95%.

There was also an increased proportion of PPI complaints that firms closed within 8 weeks, the FCA reported, from 89% to 97%.

“This shows that firms dealt with PPI complaints more quickly on average than in 2018 H1”, it said.

Between 2018 H1 and 2018 H2, the largest increase in average redress paid per upheld complaint was for complaints related to decumulation and pension products, with average redress increasing from £594 to £876.