Government has said that it is committed to reform the 1974 Consumer Credit Act, which includes car finance regulations for hire purchases and PCP agreements, in a move which will see the Financial Conduct Authority (FCA) regulate consumer credit to help cut costs for businesses and simplify rules for customers.

The move follows the increase to a 1% Base Rate by the Bank of England in early May, the highest level for thirteen years, in a trend that will increase lending costs for consumers.

It is a trend that is likely to continue as part of efforts to kerb inflation, and one which was the subject of a recent AM’s recent ‘Keeping car finance competitive amid BoE's rising interest rates’ insight feature.

“We want to create a regulatory regime that fosters innovation but also maintains high levels of consumer protection.”

“We are pleased to see the outdated legislation is now up for renewal. Consumer credit has evolved a great deal since the rise of PCP and electric vehicles, and reformed legislation needs to accompany this.

“We expect a consultation to arise from this in due course and NFDA will respond with retailers’ best interests”.

While rising interest rates and the cost-of-living squeeze are set to drive up default levels in consumer credit MotoNovo Finance managing director Karl Werner said this week that the ‘secure’ nature of HP and PCP lending has seen car dealer finance remain active during previous periods of economic stress. 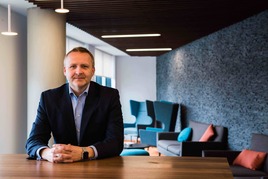 “Recent interest rate rises, designed to address inflation, impact all lending. According to recent Bank of England data, personal loan rates rose 60 basis points in April alone, ahead of the latest base rate increase. The Bank has also reported that defaults on unsecured lending are expected to increase in Q2. Such an outcome is likely to see a more prudent approach to unsecured lending.”

“Low unsecured personal loan representative APRs are an option for consumers. However, lenders need only offer such rates to a minimum of 51% of successful loan applicants to comply with regulation; the rates are not universal. It is also a choice that does not share the unique consumer protection of HP and PCP finance and may not offer the high loan values often associated with a car purchase. Dealer provides a compelling choice for many would-be car buyers.”