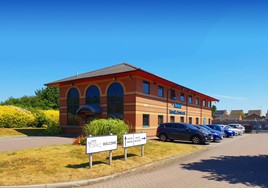 Sandicliffe Motor Group’s Sandicliffe Motor Contracts (SMC) business is pulling out of the UK fleet market due to continued pressure on profits and “challenging trading conditions” in the sector.

The Leicester-based AM100 franchised car retail group’s leasing division is no longer taking on new business and will run down its customer book as existing contracts come to their end “for a number of years to come”.

SMC was positioned in 37th place in the most recent FN50 rankings of the UK’s largest fleet players by AM’s sister title, Fleet News – showing it had a total risk fleet of 3,697 vehicles.

AM understands that SMC was in negotiations to sell the business to multiple third parties but these did not come to fruition.

The company’s exit from the fleet sector now reduces the number of dealer-owned leasing companies to nine following the exit of Inchcape Fleet Solutions on October 10 and Bank of Ireland UK’s acquisition of Marshall Leasing in 2017.

An SMC business update letter sent to customers saw SMC customers informed of its withdrawal from the sector in a joint statement by SMC managing director and financial director, Darren Bedford, and Zander Cleves, SMC sales and commercial director.

The letter stated: “For several years, SMC has experienced many uncontrollable market factors that have impacted the automotive industry and have contributed towards challenging trading conditions.

“In more recent years, the UK economy has also experienced much uncertainty from a variety of factors which have equally contributed towards the negative impact on the automotive industry.

“Because of these factors, our business has had to make an important decision to reform SMC and protect our loyal customers. These decisions have allowed us to strengthen and safeguard what we describe as, ‘priority core services’, which we will continue to provide and support for the lifetime of our customer contracts.”

Cleves said that Sandicliffe Motors, SMC’s dealer-owned parent company, anticipated that the overall profitability of the UK fleet sector would slowly diminish over the coming years.

Therefore the decision was taken to not add new vehicles to the fleet, but to continue to serve all existing customers until they reach the end of their contracts.

When asked why SMC was not sold as a going concern to a rival leasing company, Cleves said: “The priority of the board was to ensure that its customers continued to be well served and therefore the group did not want to sell SMC.”

Customers coming up for renewal will be directed to Derbyshire-based GKL Leasing for new quotes.

Cleves said GKL Leasing was chosen because it is a family-owned business like Sandicliffe and both companies share similar ethics and an approach to customer care.

Cleves said: “We just felt it important to recommend a leasing company we believe holds the same core values as Sandicliffe.

“New quote requests can be provided from GKL but as always the customers have the right to tender as many suppliers as they like.”

SMC has also partnered with Drover to recommend previous customers to the car subscription service as an alternative to contract hire with a £50 referral credit per customer.

Cleves couldn’t confirm how many staff remain at SMC to continue core functions at the business, but did say those roles related to canvassing for new customers “are no longer required”, but the company is committed to maintaining current service levels until all customer contracts have ended.

In an interview with AM in 2017, Sandicliffe Motor Group’s then managing director, Richard Hobbs, said that – apart from being a large part of the Sandicliffe business – SMC was a useful source of used vehicles for the group.

Later that year the business said that it is eyeing “growth opportunities across the East Midlands region” after securing an £11m funding facility from Lloyds Bank Commercial Banking.

More recent developments at the AM100 2019’s 65th-placed franchised car retail group have included its disposal of its Skoda franchises in Nottingham and Leicester to Marshall Motor Group.