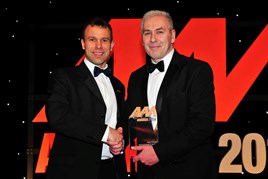 With John Vilums at the helm, one of Perrys’ most challenging dealerships has been turned into one of the most productive.

Vilums recognises that it is the people at the business who matter most. With his leadership and focus, the staff at Perrys Vauxhall Doncaster care about the business, and are well motivated and informed. Customers are also much happier.

It hasn’t always been the case. Since Vilums came to the site in early 2013, he has made key personnel changes, developed a ‘people-first’ focus that drives performance and results and has involved all staff in the improvement process.

Other changes included taking a more calculated approach to sourcing profitable stock for the forecourt, and improved vehicle presentation. The result is a dealership that sold almost 1,500 used cars in 2015, more than any other in the group network, driving an increase in revenue of more than 29% from this department alone.

Revenues in its service department also grew significantly and its commercial vehicle sales have more than doubled. The turnover of the business is up more than 25% since Vilums took over, and the returns it is achieving from a volume brand are on a par with an average premium brand dealership.

Vilums has put Perrys Vauxhall Doncaster into the top quartile of Vauxhall’s network for profitability.