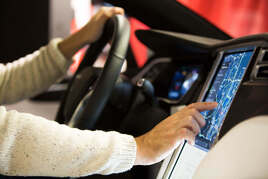 Two thirds of motorists have shown a ‘lack of confidence’ in the UK meeting the Government’s ban on the sale of new petrol and diesel vehicles by 2030, research has found.

According to the study commissioned by Spark EV Technology, motorists believed 2052 would be a more ‘realistic’ and ‘achievable’ target based on current infrastructure and onboard range prediction technology.

The study of 1,000 targeted motorists also found that over half of UK motorists are concerned they don’t have charging facilities where they live, while 64% said having reliable information about how much battery charge is left would be ‘very important’ when considering buying a new electric vehicle (EV).

Justin Ott, chief executive officer and founder of Spark EV Technology, said: “If the UK is serious about banning new petrol and diesel vehicles, we need politicians to step in and address the barriers holding people back from driving an EV.

“EVs need to be affordable and drivers need to have the confidence that they have enough range to reach their destination and that they will have access to the equipment to re-charge their vehicle when they need to.”

Vehicle manufacturers have told the Government they want the ban on the sale of new petrol and diesel cars and vans pushed back by five years.

Ott added: “To address range and charging anxieties we need onboard range estimations to stop being a ‘Guess O Meter’ and provide the driver with accurate information about how far they can travel before they run out of electricity.

“We highly support the introduction of legislation which insists EVs provide accurate onboard range predictions based on real-world data to ensure they achieve their advertised range.”

A House of Commons Public Accounts Committee report into the transition to zero emission vehicles has highlighted the lack of “a clear published plan” to meet its goal of banning new petrol and diesel car sales by 2030.

In a meeting with National Franchised Dealers Association (NFDA) members, representatives from the Office for Zero Emissions Vehicles (OZEV) suggested there will be more "overnight" changes to plug-in car grant (PiCG) EV incentives as part of a "managed exit" from Government.

The research also found that willingness to adopt EVs across the UK is split, with 83% of Londoners more likely to make the switch by 2030 and those in Scotland and the North East of England less inclined to move over in time for the ban.