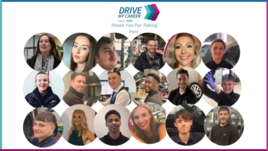 Marshall Motor Group, JCT600 and TrustFord have been recognised for raising awareness of apprenticeship opportunities via Drive My Career's social media takeover.

The three AM100 car retail groups emerged as the top performing contributors to The National Franchised Dealers Association's (NFDA) fourth edition of its Drive My Career ‘Apprentice Takeover’ on social media, which ran during National Apprenticeship Week (February 7-13). 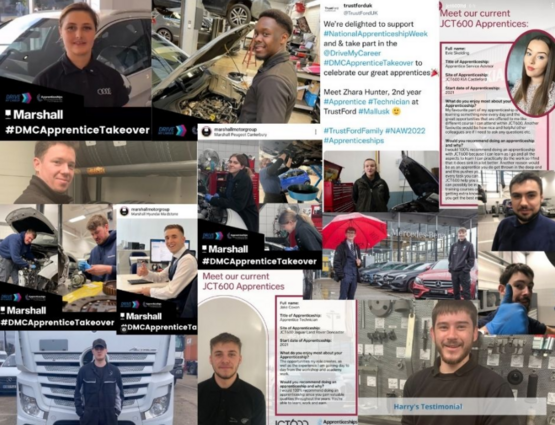 As part of the ‘#DMCApprenticeTakeover’ campaign, Drive My Career members were encouraged to take to their social media channels to share their apprentices’ success stories.

Marshall Motor Group won ‘Best Engagement Overall’ for the fourth consecutive time as the company shared more than 40 different case studies of current apprentices as well as their managers and mentors, including chief executive Daksh Gupta.

JCT600 won the prize for ‘Best Stories’ as it helped shine a spotlight on current apprentices and on those who have recently qualified.

The Bradford-based retail group also informed potential candidates about less traditional automotive career paths as in the case of Mollie Murgatroyd who is working as brand marketing executive at JCT600 Rolls Royce Motor Cars in Leeds following her marketing apprenticeship.

The ‘Best Social Media Post’ award went to TrustFord’s Zhara Hunter, second year apprentice technician at its Mallusk dealership. Hunter provided an insightful video giving an overview of her apprenticeship, which received a lot of positive engagement on Facebook, LinkedIn, Instagram, and Twitter.

Sue Robinson, NFDA chief executive said: “Every year, it is extremely encouraging to see franchised dealers give their apprentices the recognition they deserve.

“To address the skills shortage facing our sector and meet the demand for diversely skilled talent, it is vital that our industry continues to invest in what will represent its workforce of the future.

“NFDA and Drive My Career would like to thank our members for their invaluable support, we look forward to continuing to work together to promote the auto retail sector as a great place to work.”

Back in November, IMI research revealed that the automotive sector could face a shortfall of almost 36,000 EV-trained technicians by 2030 if retraining isn’t addressed urgently.

Social media posts with the hashtag #DMCApprenticeTakeover attracted over 218 social media mentions and more than 650 interactions, reaching around 400,000 people.

Drive My Career has partnered with the British Motor Show and will offer a pair of VIP Standard Tickets to the overall winner, and two family tickets each to the other two winners.