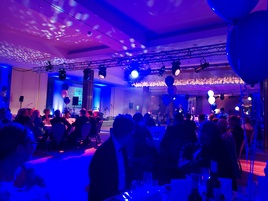 After two years of COVID-enforced cancellations representatives from across the car retail and manufacturing sectors gathered at The Grove, Hertfordshire, for the prestigious event hosted by TV presenter Mark Durden Smith and NFDA chairperson David Newman.

NFDA chief executive, Sue Robinson, said: “It was exciting to be back hosting our annual NFDA Spring Ball and celebrate automotive excellence.

“A huge thank you to our sponsors and all those who attended and donated generously to the British Red Cross. Finally, congratulations to all the award winners on their achievements, your support to our industry and the NFDA is truly remarkable”. 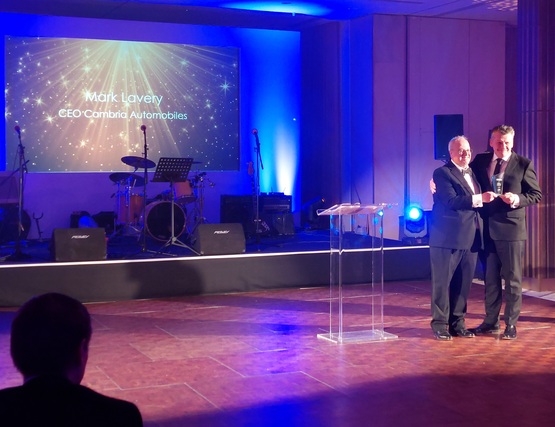 Cambria chief executive, Mark Lavery was named as the Industry Personality of the Year, scooping the prestigious accolade thanks to his tireless work to drive innovation within the industry and also to promote the NFDA to dealers.

The award also came after a year which saw Lavery return the AM100 car retail group into private ownership.

The NFDA said Waylands deserved recognition for the efforts and investment made in order to embrace and drive forward the transition to zero emissions.

Toyota/Lexus emerged as Manufacturer Partner of the Year thanks to the ongoing strong relationship with their dealer network and what the NFDA described as “consistently outstanding performance in the NFDA Dealer Attitude Survey”.

The Industry Partner of the Year Award was won by the Energy Saving Trust.

The NFDA praised its continuous support and, in particular, the key role that it had played in the development of the Electric Vehicle Approved (EVA) accreditation scheme over the past three years. 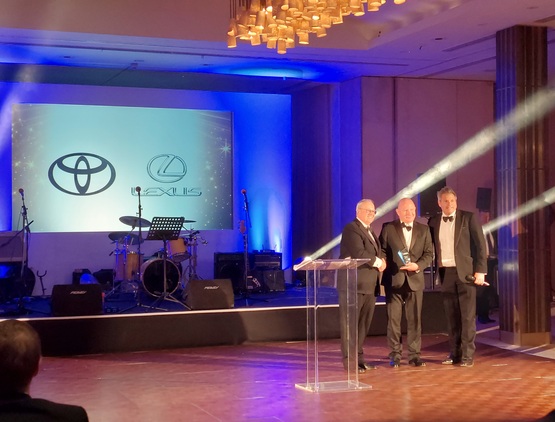 Kia was awarded the NFDA’s Green Manufacturer of the Year Award, with sales director Steve Hicks taking to the stage to receive the accolade.

Kia received the highest Dealer Attitude Survey score when dealers were asked “how satisfied they were with their alternative fuel vehicle offering”.

A total of £4,380 was raised for the British Red Cross Ukraine appeal at the NFDA Spring Ball.

The NFDA said that it will also make a donation to the automotive industry charity BEN.

AM News Show Podcast: Waylands CEO John O'Hanlon still has 'lots of work to do'

AM News Show Podcast: Waylands CEO John O'Hanlon still has 'lots of work to do'