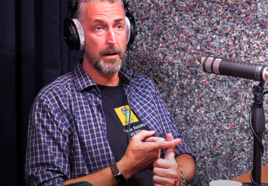 Expectations of a seamless digital journey are set to be exceeded with new technology at HR Owen’s new multi-brand supercar showroom in Hatfield, chief technical officer Brett Ward has told the AM News Show.

As well as customer data capture that will allow a tailored service to customers of sprawling Lamborghini, Ferrari, Bentley and Maserati dealership, Ward revealed that added potential of photo galleries and the minting of NFTs could soon provide customers with value-added assets related to their car.

“(HR Owen chief executive Ken Choo) is really on board with it and it is giving the experience to the customers that they can’t get anywhere else.

“Hatfield, I think, is the only location in the UK where you can get Lamborghini and Ferrari at the same location, you literally can’t do it, so it should be quite some location to go to.”

He and Hind both agreed that the key trait of a luxury digital sales journey is seamless functionality, a characteristic which extends into the wider marketplace and has driven the success of brands like Amazon.

And while HR Owen’s futuristic-sounding approach to car retail sounds advanced, Ward insists tat the automotive sector is still playing catch-up. He said: “We’re quite far behind the wider retail sector and the tech sector and we’re playing catch-up to a point.”

Describing the core role of his team’s work with customer data, Ward said: “We use technology to stitch and thread data together to give what we refer to as insight rather than what other people have, which I suppose is reporting.”

Carwow’s James Hind gave an in-depth insight into the direction of the carwow business in a separate AM News Show interview published via AM Online.

The regular monthly podcast can also be accessed via Youtube, Spotify and Apple Podcasts.

Alternatively, access the full back catalogue of podcasts by clicking here.