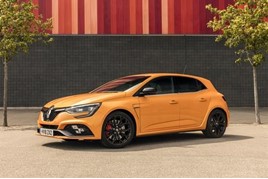 “Every season, we start the journey with hope, ready to support our team to the bitter end, win, lose or draw. Through our partnership with SkySports, Renault will be with them all the way,” said Wood.

Sky Media’s managing director, John Litster, said: “In the last month we’ve been reminded of the power football has to delight and inspire. As world class players from around the globe return to the Premier League we’re thrilled that Renault will be part of Sky Sports’ unrivalled coverage.