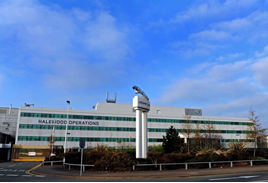 Jaguar Land Rover (JLR) is preparing to pause production of its Jaguar XE, XF and F-Type and Land Rover Discovery Sport and Range Rover Evoque due to a shortage of semiconductor computer chips.

The Guardian newspaper broke news of the situation unfolding at the brand’s Halewood and Castle Bromwich plants this morning (April 22), reporting that the pause will start on Monday and may restart a week later, depending on the state of semiconductor supply.

A spokesperson confirmed the move to Autocar magazine this morning, attributing the stalled production to a “Covid-19 supply-chain disruption” which has been experienced by car makers across the globe.

"We're working closely with affected suppliers to resolve the issues and minimise the impact on customer orders wherever possible,” the spokesperson added.

Earlier this month Yahoo Finance reported that Nissan was set to furlough around 800 workers at its manufacturing plant in Sunderland as a direct result of semiconductor shortages.

The company also announced it is planning to halt production at some of its factories in Japan.

Nissan’s announcement followed a statement from Ford that revealed it would cut car production due to the global chip shortage, while Renault and Honda have also flagged similar plans.

Car manufacturers are quickly seeking supply chain solutions that will allow them to ramp-up their supplied of semiconductor computer chips for cars employing ever-increasing levels of technology.

Rising demand for smartphones, tablets and personal computers during the COVID-19 pandemic have been blamed for the crisis.

IHS Markit has estimated that the situation could lead to 700,000 fewer vehicles being produced by car makers this year, leading to an estimated loss in vehicle sales for the sector of $60 billion (£41.1bn).