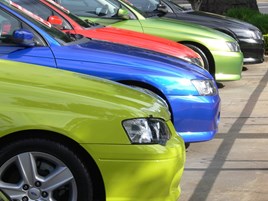 Price is at the top of new car buyers’ considerations when buying, according to Carwow.

The top 10 most important considerations included:

Results also showed August is the busiest research month for car buyers in the UK, ahead of new registrations in September.

Carwow chief executive James Hind said: “carwow is a business built on putting buyers first, by empowering customers with all the information they need before they buy a car. This is why we conducted the survey – to make sure we are providing the buyers with exactly what they want.  We were most surprised to discover that performance, brand and design fall someway down the list of top considerations.

“Colour, on the other hand, which barely gets a mention in traditional car reviews, is actually the third most important thing for new-car buyers. This is the kind of information used to make carwow as absolutely up to date and relevant for our customers, particularly in this most busy period for new car buyers.”

Following the new survey results, carwow will launch a New-Car Buyers’ Car of the Year awards. Based on the top 10 buyer considerations revealed in this survey, the new awards will counter the traditional assessments based on performance and design, to become a true buyer-empowered list of the cars that really deliver what new-car buyers want. More details will be announced later in the year.