New data released by Dealerweb has suggested that there was a "significant shift in demand from new to used vehicles during the second quarter of 2017".

This is in stark contrast to the first quarter of the year, which saw a 7% year-on-year rise in enquiry volumes for new vehicles.

The change in fortunes means that across the first six months of 2017, new vehicle enquiry volumes grew just 0.2%.

Dealerweb’s managing director Martin Hill said: “The new VED tax system, an inconclusive general election result and ongoing uncertainty over the financial implications of Brexit are contributing to a reduction in consumer confidence.”

During Q2 dealers saw a rise in enquiries of 11.3%, year-on-year, for used vehicles.

Across the first six months dealers have received 20.4% more enquiries for used vehicles compared to the same period last year.

Overall, the total number of enquiries for new and used vehicles combined during the first half of the year grew 9.3%, year-on-year.

Online enquiries have driven much of this, with year-on-year growth during Q1 and Q2 of 21.4% and 25.1% respectively.

Total enquiries in Q2, for new and used vehicles, on- and offline, grew just 1.3%, year-on-year.

Dealerweb research suggests that, in the week after the June 8 election, enquires for new and used vehicles remained flat compared to the previous seven days, dipping by 0.3%. By contrast, the seven-day period following the May 2015 election – which produced a more decisive political outcome – saw a rise in enquiry volumes of 5.3% compared to the week before.

Hill said: “Negotiations over Britain’s exit from the EU mean the country’s financial outlook is unclear, and changes to the VED system have encouraged many buyers to hold on to their existing vehicles, or buy a nearly-new car registered before April 1, which may be cheaper to tax. The lack of clarity in the election result is echoed in the indecision and growing uncertainty among vehicle buyers in the UK.

“Looking ahead, dealers must ensure that they maximise every sales opportunity, particularly for new vehicles. If enquiry volumes start to fall further, dealers must re-assess how they respond to potential sales leads, particularly as customers are increasingly likely to start the vehicle-buying process online.”

60% of used car drivers will return to trustworthy dealers

60% of used car drivers will return to trustworthy dealers 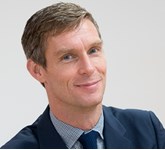