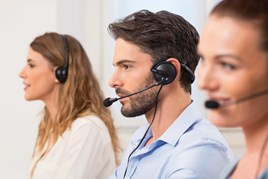 The Motor Ombudsman has seen nearly 13,000 consumer contacts in the 12 months since it launched the Stage Two Chartered Trading Standards Institute-approved Motor Industry Code of Practice for Vehicle Sales.

Over 700 e-mails and calls were received in the first four weeks by The Motor Ombudsman following the Code’s arrival according to the dispute resolution specialist, swiftly rising to in excess of 1,000 during November last year.

A statement issued by the dispute resolution specialist said that, “encouragingly, only 540 of this year’s total contacts have resulted in cases, an escalation rate of just over 5%, with 10% of these cases being submitted to The Motor Ombudsman’s in-house ombudsman for a final decision”.

The statement said: “With the guidance of The Motor Ombudsman, this low contact to case ratio highlights the great lengths that businesses and consumers are going to in order to conclude any queries quickly to help maintain a positive ongoing relationship.”

Motor Industry Code of Practice for Vehicle Sales was introduced in response to the growing number of enquiries received from car buyers about a vehicle purchase since the Consumer Rights Act and Alternative Dispute Resolution (ADR) legislation entered into force in 2015 and covers the sale of both and new used cars.

Subject to meeting The Motor Ombudsman’s strict set of criteria, an independent garage or franchised vehicle retailer can be accredited to the code.

In the first two quarters of the year, the most frequent breaches of the Code were in relation to the quality of the vehicle which was not of the correct standard at the point of delivery, the lack of sufficient information for a customer to make a decision on the most suitable finance product, and advertising content being inaccurate.

Bill Fennell, chief ombudsman and managing director of The Motor Ombudsman, said: “Contacts from consumers regarding the Vehicle Sales Code have continued to increase significantly since it was introduced in 2016, and they now form a significant part of the workload of our adjudicators.

“It’s important to point out however, that this upward trend in the volume of individuals getting in touch with us does not signal a rise in the number of customer complaints or that there has been a decline in industry standards.

“Instead, it’s the result of heightened awareness amongst motorists of the Code of Practice and the benefits of engaging in open dialogue and Alternative Dispute Resolution via The Motor Ombudsman, without the need to pursue costly legal action to solve an issue with a garage.”