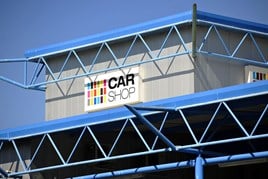 A CarShop survey aiming to deliver insight into the attitudes of women to the car buying process has found that many are at ease with entering a showroom, but do not like to engage in negotiations.

In a series of results, which appeared to buck expectations, women respondents to the Sytner-owned used car supermarket operation’s survey claimed that they were less intimidated by the prospect of car buying or the thought of entering a showroom than their male counterparts.

And while 73% of female segment agree or strongly agree to feeling comfortable going into a showroom alone; 70% of males indicated the same, CarShop found.

The confidence of female car buyers changes when the process moves into the actual buying stage, however, with men claiming to be more confident at the negotiating stage.

Haggling over a vehicle’s price and arranging finance also saw men claiming to be the more confident sex.

Similarly, just over half (51%) of women said that they felt they understood the types of car finance available, compared to 69% of men.

This resulted in 58% of women feeling comfortable making a decision about finance alone, compared to 71% of men.

CarShop found that the prevalence of a male-dominated workforce in car retail was clearly having an effect on the buying experience of female customers.

The vast majority (83%) of the female respondents to the survey agreed or strongly agreed that car salespeople tend to be male, with 77% agreeing or strongly agreeing that a diverse workforce makes the experience more comfortable

In a stamen issued alongside the survey findings, CarShop said that it “invests heavily in creating the optimum environment for a diverse range of colleagues, customers and communities to work, shop and interact with”.

The Northampton-based car supermarket operation added:  “When it comes to car buying, CarShop’s award-winning website makes the process as easy as possible for users to gain all the information they need before entering a physical store.

“Features such as Live Chat, high quality 360 degree images, a secure account area and the ability to generate a guaranteed valuation for any vehicle online puts the customer in control of their car purchase.”