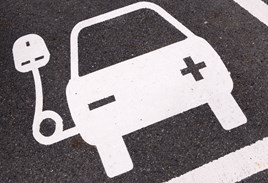 Motorists will wait an average of nine years to invest in their first electric vehicle as uncertainties about charging infrastructure and affordability emerge as key hurdles, Auto Trader has found.

A survey of 1,000 consumers carried out by Acacia Avenue on behalf of the online car retail specialist found that only 26% would consider electric for their next car, the same percentage as when Auto Trader surveyed consumers in March 2017.

Many consumers (38%) said that they remained unaware of Government policy regarding electric cars, meanwhile, with 74% in the dark about the grants available to make electric and hybrid vehicles more affordable.

Auto Trader said: “Drivers said that they’ll wait nine years before they will buy an electric or hybrid vehicle, with lack of charging infrastructure and upfront expense cited as the most common impediments, even though research indicates that electric cars cost less over four years.

“With drivers changing cars on average every 2-3 years, this means that they will likely purchase three cars before buying an EV. Only 26% would consider electric for their next car, the same percentage as when Auto Trader surveyed consumers in March 2017.”

Poppy Welch, head of Go Ultra Low, said that it was vital for the benefits of low-emission vehicles to be communicated to the general public. She said: “Drivers making the switch are already reaping the benefits. EVs can be driven for as little as 2p per mile, compared with 10-12p for a conventionally powered vehicle, meaning the typical car owner can save hundreds of pounds every year in fuel costs alone.

“There are also additional savings such as tax benefits and reduced servicing and maintenance costs.

“Although charging is one of the biggest barriers to mass consumer uptake, almost half of motorists drive less than 15 miles a day, while 98% said they travel less than 100 – well within the range of pure electric vehicles and easily achievable in a plug-in hybrid.

Despite publicity surrounding last month’s publication of the Government’s Road to Zero report, Auto Trader’s research indicates that 38% of motorists remain unaware of policy regarding electric cars and believe the government’s goal for at least 50% of new cars sold to be electric by 2030 is unrealistic.

Half (52%) of those surveyed admitted that news reports surrounding the potentially harmful effects of emissions from diesel vehicles have made them more likely to consider purchasing an alternative fuel car, including electric.

This is supported by consumers performing fewer searches for diesel cars and more for alternative fuel types (AFVs) on Auto Trader’s marketplace, where diesel now only accounts for 47% of searches as of June 2018, down from its peak of 72% in June 2018, and interest in AFVs has grown from 2% to 4% over the same time period.

Auto Trader said in its report that a clearer policies towards the adoption of EVs need to be outlined by the government and industry leaders to reassure consumers.

It said that the fact that drivers are prepared to wait almost a decade suggests that “many are holding out for greater technological capabilities, including increased mileage per charge and more efficient batteries”.

Auto Trader’s editorial director, Erin Baker, said: “There’s no doubt that electric vehicles are the future, however, our research indicates that there are still significant barriers to adoption, with greater investment in infrastructure and technology needed.

“It’s also crucial that car manufacturers and the government alike ensure that language to describe electric cars is clear and accessible, rather than laden with technological jargon that consumers may find alienating.”

Auto Traders survey findings come ins atrk contrast to those of 2,000 motorists, which was conducted by Leasing Options.

Perhaps indicating a seperation between business and retail audiences, Leasing Options' survey found that dealers will be selling more electric cars than diesels by 2020.

The prediction is based on analysis of trends in SMMT sales data, which suggest that electric car sales will surpass those of diesel by July 2020 if sales patterns continue at the current rate.

Sales of diesel cars have continuously slumped, dropping 37.2% since last year with some manufacturers already phasing them out.

Meanwhile, the Government is introducing policies to support the growth of the Alternative Fuel Vehicles (AFV’s) market and sales of electric cars increased by 5.7% last year.