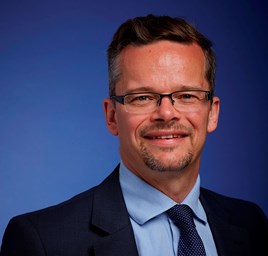 Automotive executives believe that 30% to 50% of car dealerships will be closed by 2030, according to KPMG’s Global Automotive Executive Survey 2019.

Coming a year after respondents to the same survey suggested that 20% to 50% of car retail operations could be closed by 2025, the view was expressed amid a survey which explored the opinion of car subscription services, data ownership and vehicle production levels in Western Europe.

Detailing the results of the survey, in relation to the future of car retail, the resulting report said that "almost half (48%) of all surveyed executives are highly confident that the number of physical retail outlets as we know them today will be reduced by 30% to 50% by 2025", but added that the slight shift in timescale suggested that “the change will not take place as quickly as may be expected”.

It said: “Results also indicate that currently, OEMs are already more pessimistic about the future of retail in comparison to the retailers themselves.

“This scenario is certainly astonishing initially. However, when considering customer behaviour, which is changing and migrating from retail stores to online channels, from one-time product purchase to on-demand recurring mobility transactions – especially in urban environments or due to the fact that in mature markets, specifically members of the younger generation will no longer want to own a car – it is an absolutely realistic scenario, and one which executives especially from mature markets, such as the US or China, agree with.”

KMPG mapped out from which part of the automotive sector votes on each potential level of movement in the number of retail outlets– form ‘remain stable’ up to -50% - respondents came from.

Those who took the survey were automotive executives occupying a position of chief executive, president, chairman or C-level executive.

KPMG said that the question posed by the results of its question related to the number of automotive retail outlets was “less about the decrease in the number of physical retail outlets but rather about how to reinvent, reimagine and eventually rebuild and reorganize existing structures and how to identify new revenue streams for retailers”.

It said: “These will need to concentrate on repairing the asset (service factories across brands), which do not necessarily have to be in cities. These could be much smaller outlets (the desks) with a small number of physical products, concentrating on customer experience and one-on-one customer care.

Elsewhere in the survey, 53% of the UK-based executives revealed that they believed that vehicle production in Western Europe will have reduced to less than 5% of its current levels by 2030.

Two out of three (67%) of automotive executives across the globe expect to see a decline in the volume of cars produced in Western Europe by 2030.

UK respondents, whilst in agreement, don’t foresee as strong a downward trend.

Benson explained: “We’re already seeing a decline in the demand for new cars in the UK, particularly diesel vehicles and this will only continue, as consumers and carmakers are being driven by regulation to change their ways.

“However, after what seemed like a sluggish start, recent data has shown a big increase in the number of alternatively fuelled vehicles (AFVs) being bought, rising by 26% in 2018.

“While this was from a relatively low base, with growth rates like that, 2020 will be a very interesting year from an EV perspective - particularly if OEMs (original equipment manufacturers) can achieve the right pricing.

“Looking at the detail, the future seems to be pointing towards battery powered vehicles, rather than hybrid.

“Therefore, carmakers in Europe can’t rely on their existing business models for long, and in the meantime they need to get the price point right for selling smaller volumes, whilst developing their retail and digital services to generate other revenues.”

UK automotive executives expect that Tesla (18%), Honda (13%) and BMW (11%) will lead the way in self-driving technologies over the next six years.

Just 35% of UK automotive executives expect the owner/driver to have data ownership with their vehicle, however.

This was not the view of consumer surveyed by KPMG, almost half of which (47%) believed that the owner/driver of the vehicle should be the sole owner of the data it generates.

Justin Benson, Head of Automotive at KPMG UK, said: “Personal data is a highly valuable asset to an individual, and it’s freely given away in exchange for the use of various services.

“It’s the currency of the future and when vehicles become more connected and autonomous, consumers will be able to barter with their data.

“However, a vehicle generates much more data about its environment, such as weather information, traffic congestion, speed and the state of the engine.

“With all new vehicles having connectivity features, the opportunity to gather data and offer better and more effective services is increasing.

“This will be equally as valuable to vehicle systems operators as personal data and I expect that it won’t be the driver who owns and has access to it.

“So carmakers need to identify how to turn data into value for both their customers and their balance sheets. It’s also important that the focus extends to ensuring that the data is kept secure as this will be key for automotive and mobility brands to maintain customer loyalty and trust.”