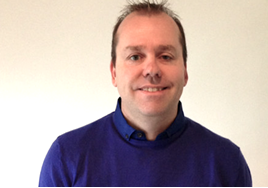 The Government’s recently Operation Yellowhammer ‘no deal’ Brexit contingency plan will have notable implications for the motor finance sector, according to Bluestone Credit Management.

The business, which specialises in providing credit management support to the motor finance community, said that the worst case scenarios mapped out in the document revealed to the public last week would impact consumer confidence and present “an inevitable risk of a spike in arrears”.

Yellowhammer outlines a series of worst-case socio-economic outcomes that could arise should the UK exit the EU without an agreed deal.

While the Paper provides a worst-case situation, inevitably there will be some impact while the UK adapts to life after EU membership, regardless of the final exit path, Mark Baird managing director at Bluestone said.

“In the immediate future, a no-deal exit from Europe has multiple consequences for motor retailing and financing,” he said.

“Tariffs could see car prices rise, while consumer confidence is likely to be dented with food and utility prices expected to rise, as is the risk of business failures. These impacts bring with them an inevitable risk of a spike in arrears.

“As well as the short-term issues such a spike would create, it could also have consequences for customer retention with an arrears history risking damage to customers’ credit status.

“Helping customers to manage their finance effectively through the disruption period anticipated by the Government will be crucial.”

In the short-term, Bluestone expects that there may be some tightening in the availability of credit to address creditworthiness concerns.

However, the business sees the broader issue as being the very significant number of existing finance customers whose capacity to meet their repayment commitments could be challenged, at least for a period of time.

Baird said: “In the face of an unprecedented position, we are seeing lenders looking to increase their capabilities to manage early arrears and especially to address what we have termed ‘mid-term disrupted’ customers.

“Without a considered strategy to help these people, either internally or with outsourced expertise, short-term distress could have long-term consequence from what has been a loyal good quality cohort of car finance customers.”

The Society of Motor Manufacturers and Traders (SMMT) has warned that up to £1,500 could be added to the price of a new car in the UK in the event of a ‘no deal’ Brexit as World Trade Organisation rules trigger a 10% tariff on imports.

The SMMT later sought to dispel what it referred to as 13 common Brexit 'myths' as part of its campaign to maintain fictionless trade agreement with the EU.

Last week BMW and Jaguar Land Rover (JLR) both spelled out the difficulties they face in dealing with the impact of Brexit.

And, speaking to AM at the recent launch of the XCeed crossover, Kia UK managing director Paul Philpott said that up to 20% might have to be added to the price of its new vehicles in the event of a ‘no deal’ Brexit.

Its big-selling Ceed range is imported from mainland Europe.