The Finance and Leasing Association (FLA) has revealed that COVID-19 lockdown caused the consumer car finance market to slump by 94% in both volume and value during April.

New figures released by the FLA today (June 9) show that point of sale new business volumes in the consumer car finance market fell to 13,499 vehicles (2019: 397,832) as the value of advances across new and used sectors during the period declined to £185 million (£6.45bn). 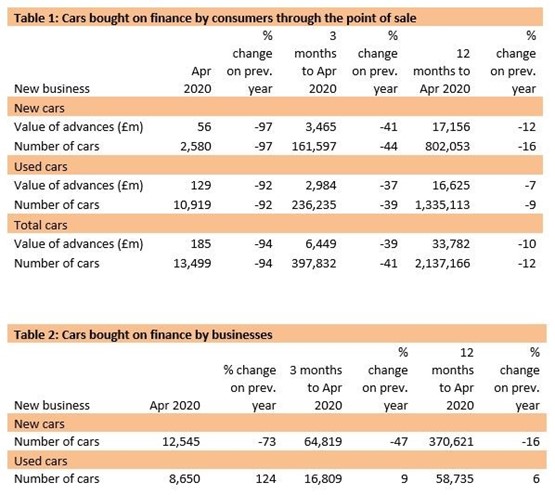 The news corresponds with the Society of Motor Manufacturers and Traders’ (SMMT) data, which revealed that the new car market declined 97.3% during April’s lockdown, with news of an 89% registrations decline during May following last week.

Geraldine Kilkelly, head of research and chief economist at the FLA, said: “While the motor finance market has been the hardest hit of FLA markets, the industry has been innovative in its use of click and collect during the lockdown.

“With the welcome opening of showrooms from the beginning of June, the motor finance market is ready to meet the demand for new finance from households and businesses.”

The consumer new car finance market reported new business volumes 97% lower in April 2020 compared with the same month in 2019, and a fall of 37% in the first four months of 2020.

The percentage of private new car sales financed by FLA members was 94.5% in the twelve months to April 2020.

The consumer used car finance market reported a fall in new business volumes of 92% in April 2020 compared with the same month in 2019, and a contraction of 30% in the first four months of 2020.

Kilkelly again called on Government to offer fiscal assistance to support non-bank lenders. She said: “The FLA calls on the Government and Bank of England to take immediate action to open up financial support schemes to all lenders, including non-banks, so that they can meet this pent-up demand for finance and the huge ongoing requests for forbearance.” 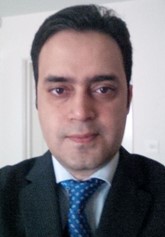