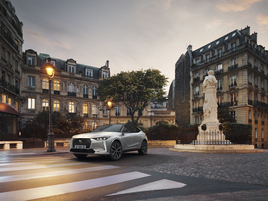 The DS 4 has achieved a five-star Euro NCAP rating in its latest round of testing.

The DS 4, which was originally a four-star car, has been re-tested with the optional safety pack - Safety Pack Plus - and achieved a five-star rating scoring highly across all assessment categories.

The Dacia Jogger, a partner model to the Sandero Stepway, received a one-star Euro NCAP rating.

The Jogger, positioned by Dacia as a value-for-money MPV with seven seats as standard for the UK market, was seen to lack basic safety features, said Thatcham Research.

In addition, some of the ‘active’ safety technology fitted to the vehicle was considered sub-standard, unnecessarily increasing the collision risk.

Matthew Avery, chief research strategy officer at Thatcham Research, said: “For a family car this safety performance is disappointing. The vehicle may be more affordable than others in the same category, but in terms of safety it appears that you do get what you pay for.

“In this case, not only is the Dacia Jogger lacking the active safety features that buyers expect as standard, but even some of its basic passive safety features are not up to the industry standard set by the vast majority of carmakers.” 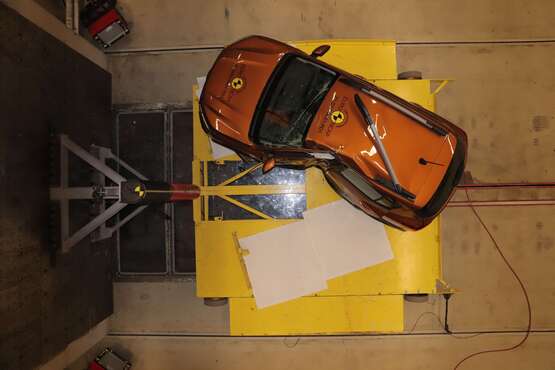 Passive safety features include airbags, seatbelts, and crumple zones with a view to securing occupants and mitigating damage during an accident.

Active safety features are designed to help prevent accidents from happening in the first place, via the fitment of technology such as autonomous emergency breaking (AEB) to detect vehicles and vulnerable road users, lane departure warnings and blind spot information.

The Dacia Jogger’s results show that protection for the chest on the 10-year-old dummy was ‘weak’ and protection for front seat passengers in a collision was rated as ‘marginal’ or ‘adequate’, due to a sub-optimal seatbelt restraint.

Thatcham said the Jogger was also penalised across many of the same categories as the Sandero Stepway, for example, its AEB system can only detect other vehicles.

Although the Sandero Stepway is a two-star rated vehicle, the Dacia Jogger was awarded one-star due to there being no increase in the provision of safety measures for rear-seated passengers in tandem with its increased capacity.

There are no seat belt reminders for the new rear row of seats for drivers to ensure that children are appropriately buckled-up, while the side-curtain airbag does not extend far enough back to provide protection for those seated in the rear row, meaning they are far more vulnerable in the event of a side impact, Thatcham said. 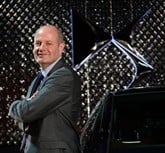