Government pressing ahead with April 2017 introduction of apprenticeship levy

The Department for Education (DoE) has revealed more detail on how its apprenticeship levy will be implemented and it will not delay its April 2016 introduction.

The levy – a tax on all businesses with payroll costs of £3 million or more a year – was the brainchild of former Chancellor George Osborne and was intended to raise the £3 billion a year needed to fund his aims of creating three million new apprenticeship roles by 2020.

Sue Robinson, director of the National Franchised Dealers Association (NFDA), said: "It is positive to see the Government has released further details about the apprenticeship levy, but we are still concerned at the short timescale of the implementation.

“Considering the extremely short timescale, we are disappointed to see that this has not been delayed. We will continue to lobby Government to ensure changes are introduced smoothly and businesses can cope.”

However, Robinson said it was encouraging to see the Government showing support for training and development of young people, "particularly in a period where skill shortages might represent an issue".

The DoE has proposed that employers that are too small to pay the levy – around 98% of employers in England – will have 90% of the costs of training paid for by Government funding. This will leave a 10% gap they will have to fill. Extra support - worth £2,000 per trainee – will also be available for employers and training providers that take on 16-to 18-year-old apprentices or young care leavers. Employers with fewer than 50 employees will also have 100% of training costs paid for by the Government if they take on these apprentices.

The DoE is proposing the new funding system comes into effect on May 1, 2017 so that levy paying employers can use funds in their accounts to pay for training from the first month they declare levy payable through the PAYE system. Levy-paying employers will be able to see corresponding funds in their digital accounts shortly after their final declaration to HMRC, so after May 22.

All apprenticeships started before May 1 will be funded through to completion according to the existing rules.

All existing and new apprenticeship frameworks and standards will be placed within one of these funding bands.

The upper limit of each funding band will cap the maximum amount of funds an employer who pays the levy can use towards an individual apprenticeship. The upper limit will also cap the maximum price the Government will ‘co-invest’ towards, where an employer does not pay the levy or has insufficient funds and is eligible for extra support. It will be up to employers to negotiate prices with providers, within these funding limits.

The DoE has published full details of its apprenticeship levy proposals online and is asking businesses to give feedback by September 5, 2016. The Government has put together an online calculator to help businesses estimate the cost of the levy to their business.

Robert Halfon, apprenticeships and skills minister, said: “We need to make sure people of all ages and backgrounds have a chance to get on in life. Apprenticeships give young people - especially those from disadvantaged backgrounds - a ladder of ‎opportunity. That’s why we continue to work tirelessly to deliver the skills our country needs. The apprenticeship levy is absolutely crucial to this.

“Our businesses can only grow and compete on the world stage if they have the right people, with the right skills. The apprenticeship levy will help create millions of opportunities for individuals and employers. This will give our young people the chance they deserve in life and to build a highly skilled future workforce that the UK needs.” 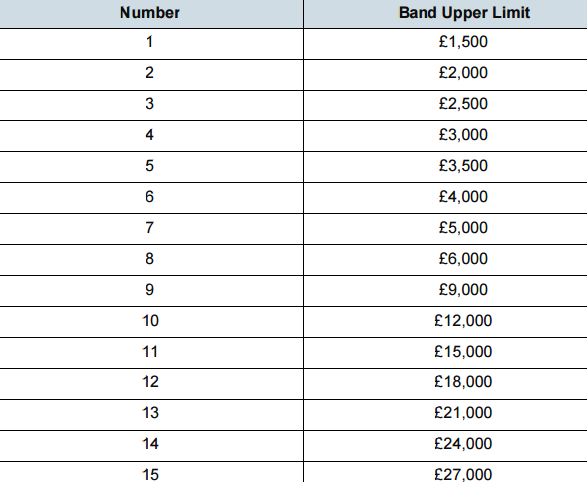