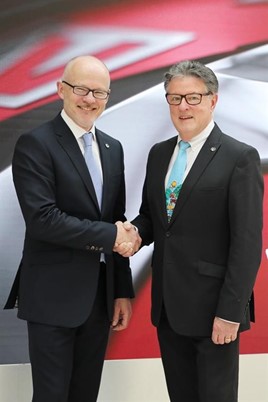 Townsend joins the brand from Renault where he held the role as communications director.

He has historically held senior positions in sales and marketing teams at the French brand.

Following the sale of Vauxhall to PSA Group, Townsend will have a part to play in the implementation of Vauxhall’s PACE! strategy - a plan to return the business to profit.

Last month the company terminated all of its 326 franchise contracts in the UK as part of a complete refranchising programme.

Chick retires at the end of May, following 53 years working in the British motor industry.

He joined The Rover Company Ltd as an engineering apprentice before moving through a number of roles in BL/Rover and entering the world of PR in 1994.

Chick joined General Motors in 2002, taking up the role of communications director for Vauxhall in 2008.

Stephen Norman, managing director of Vauxhall, said: “We welcome Jeremy at an exciting time in the evolution of the Vauxhall brand. I would also like to take this opportunity to thank Denis for his significant contribution to Vauxhall Motors as well as to the wider automotive industry in the UK.”