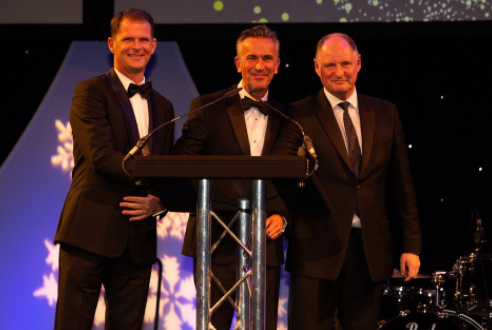 Three industry bosses are uniting in 2019, ‘cycling’ the length of the River Thames in support of Ben.

Their lycra-clad challenge will see them peddle their river bikes 166 miles.

For the last three years, industry bosses have undertaken the Industry Leader Challenge for Ben.

The following year he handed the ILC gold baton to then Jaguar Land Rover UK boss Jeremy Hicks. He and his team raised more than £214,000 by swimming the Channel.

And it was announced last night that Lookers had raised £215,755 this year with its challenge to visit all of its dealerships from Dublin to Eastbourne – 2,000 miles – using only electric cars in a zero emission, carbon neutral relay.

Ben has also launched a new open-to-all fundraising initiative. Called ‘Bring It On 4 Ben’, the charity is appealing to everyone in the industry to take on a sponsored physical challenge – trek, swim, cycle or skydive.