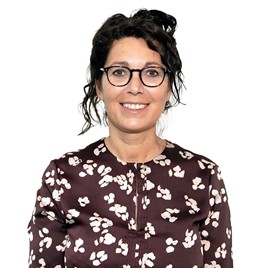 Former Zoopla commercial director Athena Hubble has been appointed as carwow’s first UK managing director as part of a trio of senior hires from the property wesbite, Deliveroo and Hearst.

The online car retail platform targeted the UK’s most successful tech scale-ups as it looked to add the new position at the head of the business along with a chief people officer and head of media partnerships.

Vaso Parisinou, the 29th employee of food deliver start-up Deliveroo, will fill the former role while Charlotte Tice takes up the latter from her previous post as head of marketing and client service at Hearst.

James Hind, founder of carwow, said: “We have always focused on attracting the very best talent in the UK to accelerate our growth trajectory. These new hires will bring the unique experience of driving businesses that are expanding rapidly and transforming industries to carwow.”

Hubble, Zoopla’s former commercial director, will have direct responsibility for carwow’s network of partners in the UK, having previously worked with Zoopla for 12 years as the business scaled-up to become one of the UK’s first billion-dollar tech start-ups.

Hubble said that carwow now found itself in a similar position to Zoopla in its earlier years, with a “clear mission, led by a visionary entrepreneur, building a product that is modernising an industry”.

She said: “I am hugely excited to join the company and continue building the fantastic online car buying experience that modern customers expect whilst delivering highly informed buyers direct to our dealerships, removing pain points on both sides and helping future proof the industry.

“I have every confidence that carwow has the potential to become one of the most successful digital businesses in the UK.”

During her time at Deliveroo, the company went from serving the local area in Shoreditch, South Kensington and Chelsea to 12 countries worldwide with a total of 2000 employees.

At carwow Parisinou will be responsible for introducing new culture and recruitment practices, as well as ensuring modern benefits like smarter working continue to be a focus.

She said: “Very few companies have the vision, agility and passion to realise billion-dollar valuations and rapid expansion. carwow is one of those companies and I am looking forward to the opportunity of building long-term processes that will address the unique challenges a business at this stage will experience and help propel the careers of everyone that works here.”

Tice, takes up the newly created role of Head of Media partnerships to drive awareness and reach for carwow’s digital platform having held the role of head of marketing and client service at Hearst Live and as the former head of digital and publishing at Mindshare, one of the world’s largest media agencies.

Tice said: “carwow has a unique market proposition where innovation and a customer first approach sits at the heart of the business.

“This is an exciting opportunity for a scale-up company that remains truly agile to create compelling media partnerships and consolidate its brand position, ultimately driving growth and helping to realise the organisation’s ambitious mission.”