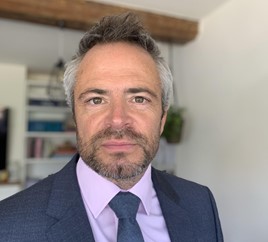 Mitsubishi Motors in the UK has appointed Toby Marshall as its new aftersales director following 11 years as its sales and marketing director.

Marshall was appointed to the role on April 1, adding another job role to an expansive rollcall of experience at the business since his initial recruitment into a sales analysis position in 1998.

He replaces Richard Weller who retired from the role at the end of March following a 27-year career with Mitsubishi.

Mitsubishi Motors in the UK said in a statement that his new aftersales role would offer “new challenges and even more opportunities to contribute to the business”.

Commenting on his new role, Marshall said: “Moving to the aftersales director role provides me with a fantastic opportunity to understand even more about the business, while also challenging me to find efficiencies and improvements in what is already a well-oiled machine.

“Coming to the role at this difficult time has already demonstrated what an amazing team of people I will be working with, so I cannot wait to really get stuck into my exciting new role when normal life resumes soon.”

During his time as sales and marketing director, Marshall oversaw the UK rollout of many Mitsubishi models including the UK’s most popular plug-in hybrid, the Mitsubishi Outlander PHEV and, most recently, the L200 Series 6 pick-up.

He was also responsible for the brand’s successful partnerships with England Rugby, Scottish Rugby and Channel 4, and he oversaw all of Mitsubishi Motors’ locally-produced advertising campaigns for the past decade.

As aftersales director Marshall is now responsible for Mitsubishi Motors’ parts and accessories supply; customer care department; the Mitsubishi Import Centre located in the Royal Portbury Docks as well as the Mitsubishi Special Vehicle Operations workshop, amongst other responsibilities.

A new sales and marketing director – taking over the role vacated by Marshall – has been appointed and an announcement will be made in due course.

Mitsubishi Motors in the UK managing director, Rob Lindley, said: “Toby has been a pivotal part of the senior management team for over a decade and his knowledge and experience will, I’m sure, give the after sales team an extra edge in terms of competitiveness and performance.

“I have no doubt his leadership of the aftersales team will be every bit as accomplished and successful as his time in Sales and Marketing.”