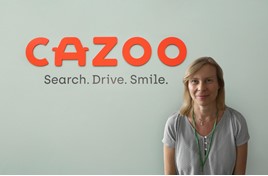 Wake, who was also one of Amazon’s first appointments when it entered the UK market according to a statement issued by the online car retailer this morning (June 1), joins from Farmdrop where she oversaw a team of 180 across purchasing, distribution and fulfilment.

Farmdrop in an online retail operation facilitating the home delivery of fresh produce from farms across the UK.

In her new role at Cazoo Wake will be responsible for the operations and logistics teams including Cazoo’s reconditioning facilities in Corby in partnership with BCA and its distribution hubs across the UK as well as its team of over 100 delivery specialists and fleet of single car transporters.

Prior to launch, Cazoo signed a contract with BCA for the remarketing group to prepare more than 50,000 cars per year at a dedicated site in Corby, Northamptonshire, which can store up to 6,000 vehicles at one time

Commenting on her new role, she said: “I am delighted to have joined the Cazoo team. The pace at which the team are moving and what they have achieved so far is very exciting.

“I am looking forward to working with the teams in both Corby and London and in our hubs across the UK and ensuring we are operationally efficient in order to ensure Cazoo delivers an exceptional experience for UK used car buyers.”

Paul Whitehead, chief commercial officer of Cazoo said: “We are delighted to welcome Fern to the Cazoo team. Her extensive operations and logisitics experience will add real value to the team and ensure we deliver on our promise to make buying a used car no different than buying any other product online today and that our customers love the process of buying a used car as much as they love the car itself.”

Cazoo launched into the UK market back in December last year and is the brainchild of Zoopla and LoveFiLM co-founder Alex Chesterman.

Within just three months it announced that it had raised a further £100 million in funding to boost its online car retail ambitions after delivering £20 million worth of vehicle sales.

In an interview with AM magazine, published in the April 2020 digital edition, Chesterman told AM: "To those who say this isn't what consumers want, I'm here to tell them that they are wrong." 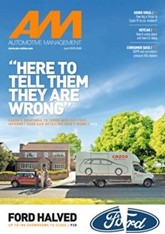